We bid a fond farewell to the stuffed-bunny-zombie and super-hero hijinks of the last few sessions, and embark today on a brand new adventure. This time, we're going ... ABOVE THE WAVES! 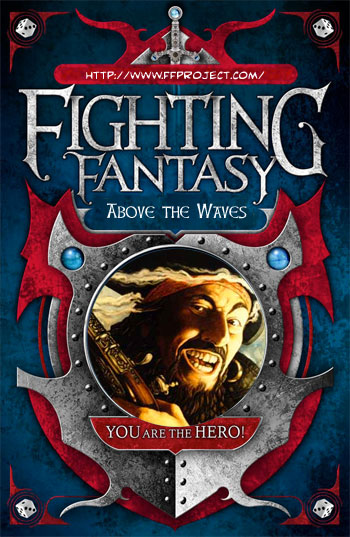 Above The Waves by Zachary Carango

Terror of the Skies
Even after decades, the dreaded pirate known only as Kurtz still terrorizes travelers on the southern sea. An unknown for most of his life, Kurtz exploded onto the scene when he turned to a life of murder. Using a modified military-grade aircraft, Kurtz has robbed and killed thousands. Though pirates have always been common, Kurtz's daring and brutality sets him apart from the multitude. Unlike other bandits, who rely on sheer force of numbers, Kurtz flies only with a small band of devoted followers. Thanks to this limited membership, along with the fact that he only attacks at night, Kurtz has evaded capture. The world has chugged along despite his efforts, but Kurtz remains a very real threat. The blood he's spilt could stain the very ocean, and more lives are claimed every month. Even as his death toll rises, many search for Kurtz. Whether for bounty, justice, or fame, these brave souls search for a true demon.

Your Background is your history up to the start of the adventure. Select one of the three choices below:

The Debtor - You have never shied from a challenge nor let an opportunity slip by. As a result of your drive, you have taken loans from some less than reputable characters. If you could only make one big score, those debts would disappear.

The Vendetta - Your pride has earned you some powerful enemies. Maybe once you have earned the respect of the world these grudges will be forgiven.

The Wanderer - You have drifted for most of your life. Only travel can soothe your restless heart. The world may be your oyster, but at the moment you haven't a penny to your name.

Quick, simple, easy, just the way I was in high school. What could be better?!

This entry was posted in Above the Waves, RPG Corner. Bookmark the permalink.

12 Responses to A new adventure!