We had a TON of great entries for Caption Contest 124, which challenged you to come up with the best replacement dialog for this random comics panel: 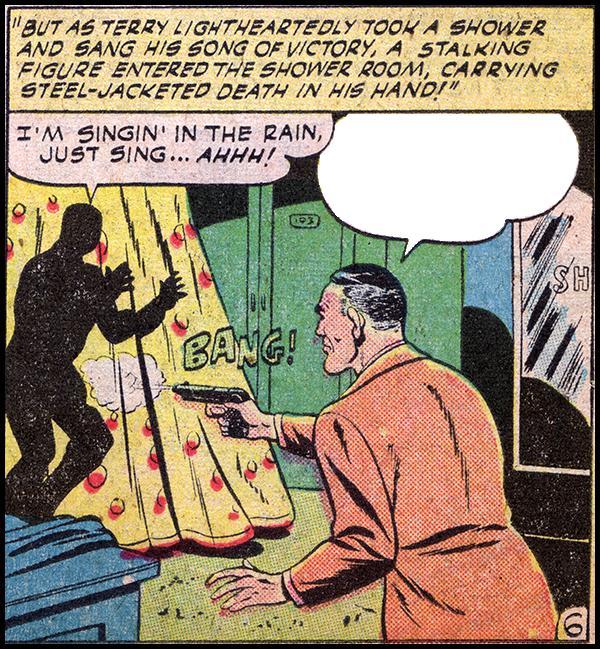 And your Finalists are:

Those are all really funny, and such variety! I wouldn't have thought of the gun as dispensing talcum powder instead of a puff of smoke, for instance. And Jack's Pitch-Perfection-Pistol was very clever. I also liked that so many were able to work with the lyrics of the song, which is from one of my all-time favorite musicals.

Ultimately, though, as the winner I've decided to go with thor1066: 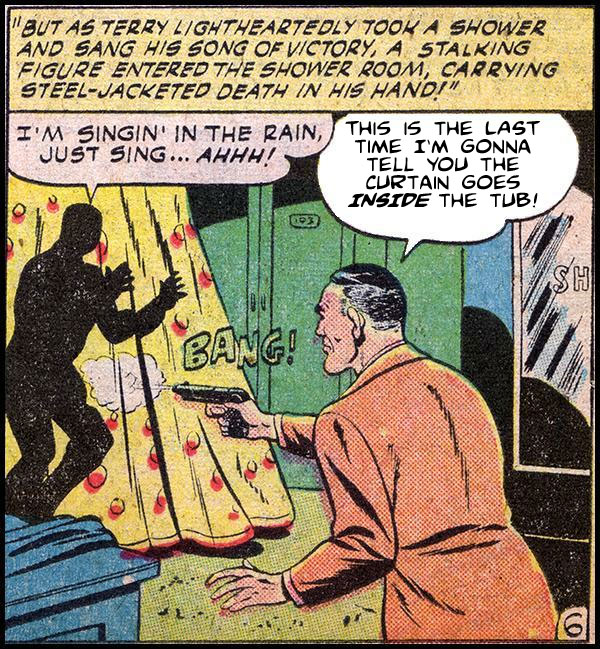 Because I've lived with roommates before, and I felt like stalking them with steel-jacketed death in my hand on many occasions.

Congratulations to thor1066 and to all of our Finalists!