Completing our review of the Worst Avenger Designs in honor of the film, we turn at last to the Hulk. Since his entire outfit consistes of miraculously non-bursting purple pants, doing a true fashion review presents a major challenge. So instead, I'm going to pick what I consider the worst overall character design in his history.

That turns out to be, surprisingly (for me, anyway), his very first incarnation as presented by Jack Kirby, the infamous Gray Hulk: 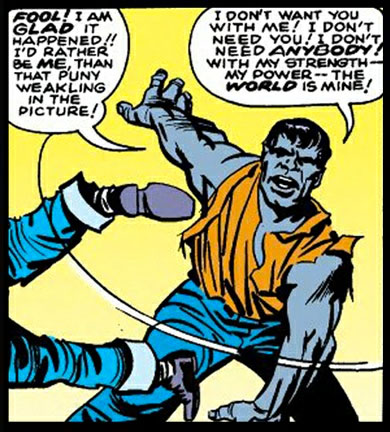 I'm not sure why both Iron Man and the Hulk were originally gray. Maybe Stan and Jack went through a color-blind phase there for a while? Regardless, besides the obvious non-green color scheme, the body design here is way on the Frankenstein side of the scale. Subtlety was never this creative team's strong suit, mind you, but I think this take goes way too far in beating the viewer over the head with the analogy.

This Hulk sports the body of a fairly typical person, albeit a somewhat muscular one. Not yet present is the gigantic scale, the massively broad chest, even the squared-off, ragged hair. This is just a beefy gray dude. Adding to the ordinariness is a decidedly Jekyll and Hyde aspect with the clear speech and the selfishness. This concept is not the unconstrained rage elemental the Hulk would very rapidly become.

I'm glad that transformation happened, as this is definitely one case where the original vision was inferior to what would follow. Thus, I'll take this as my example of the Worst Hulk Design.

Plus, Original Gray Hulk wasn't even as scary as this version of a more recent Hulk: 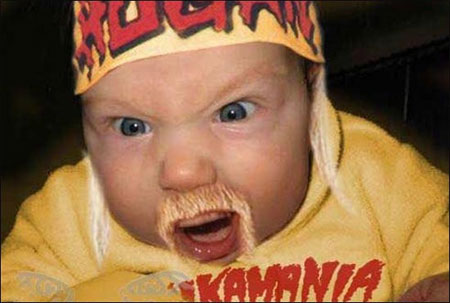