Your design challenge for this week is to create character or characters based on something related to sports. It might be something funny like "Catcher in the Rye" which is an actual baseball catcher on a loaf of bread, or a big 40's style goon named "Pinch" (for pinch runner) or a soccer-themed villain named "Sweeper". Or you could take a page from Stan Lee's book and design characters based on sports team names. You could design a team based around chess pieces or poker cards, or built around transforming NASCAR vehicles, or ... really, just about anything, so long as it's in some way related to something sporty! Just, you know, try to come up with something better than Superpro: 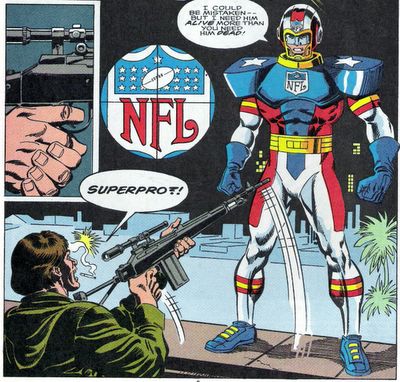