When last we left our post-Apocalyptic road warrior (no relation), we were deciding whether to get the heck out of Dodge in our Dodge or to eat dirt and stick it out. Wouldn't you know it, our bravery overcame our survival instincts and we dove for cover: 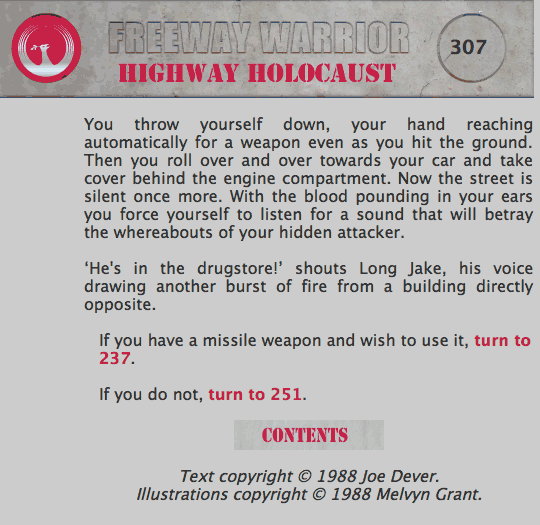 In the drugstore! I hope one of our choices is to ask him to pick us up some candy bars.

Now, we have a choice here, but I figured from the responses last time that you all were game to be aggressive in an attempt to rescue our cohorts, so I made a command call and decided that if we weren't meant to fire this rifle, it wouldn't be clutched in our cold, dead hands. Or something. 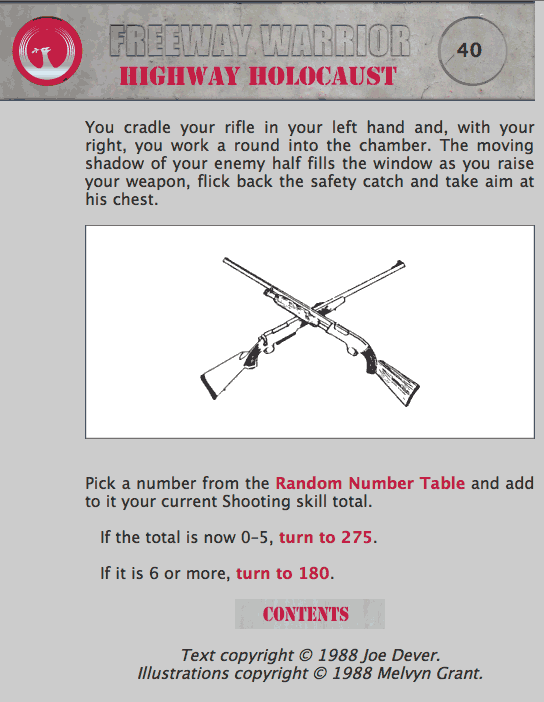 Hey now, according to that illustration we should have two rifles! I guess we'll just have to muddle through with our singleton, though. Pulling out the handy-dandy random number chart, I close my eyes, dart my pen down, and get ... a five. Adding that to our prodigious Shooting score of five, we are at a comfortable ten. Meaning: 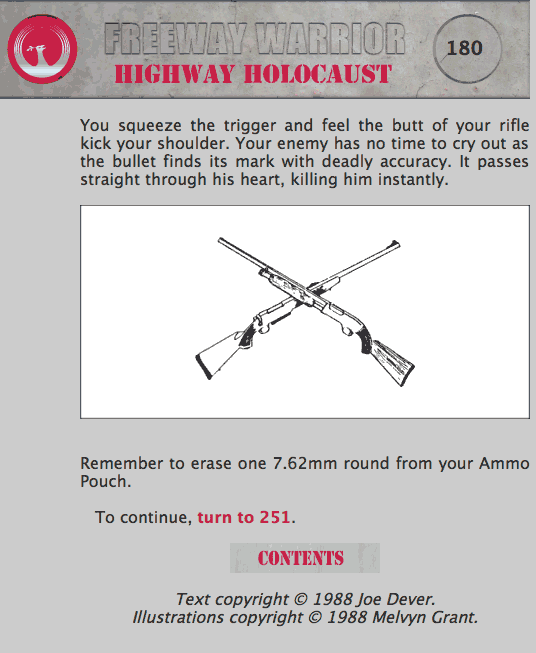 WE RULE! One shot, POW, right through the heart. Take THAT, Mel Gibson! And I'm pretty sure we did it without a Samson-like power-mullet. 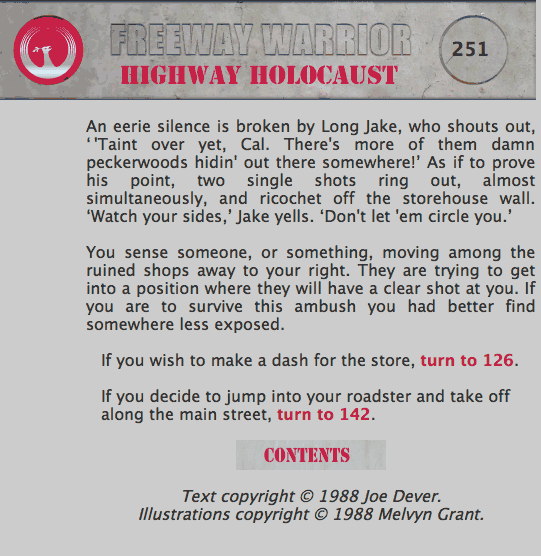 Once again we're left with a directional dilemma. Do we try to join our compatriots in the store and join forces, or do we hop behind the wheel of our Hot Rod Ford and run the bastards down? I'm interpreting that second choice as not being "run away" but rather "get to a better fighting location, and/or run some leather-clad punks over." Being a CYOA, however, it could just as easily result in our driving over a cliff to our fiery death.

So what'll it be, intrepid survivors?

15 Responses to Combat at the Quik-E-Mart