I thought we'd take a break from "Who can beat the crap out of whom" series of Versus Poll Positions and instead focus on one of our favorite subjects -- super-hero fashion! Thus: 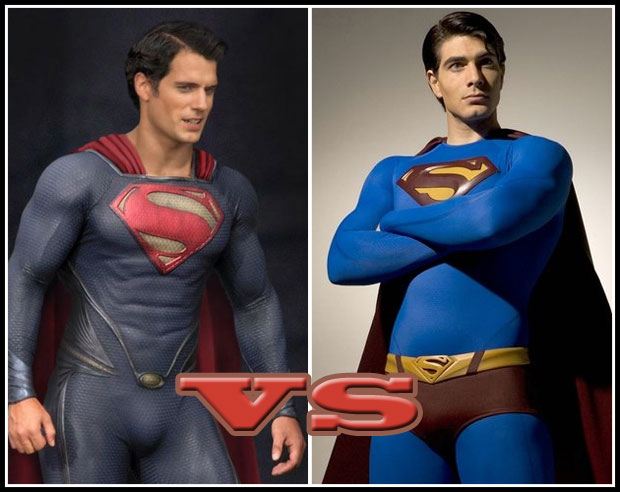 Here are the major differences as I see them (actors aside):

For me personally, I think I prefer the Cavill version for one reason -- it tells a story. The problem with the "Superman Returns" costume was that it was just a redesign, but it didn't really tell you anything about the man (or alien) wearing it. When I look at the costume from the upcoming "Man of Steel", I get at least a general "Kryptonian" vibe from it, which tells me that this is someone trying to retain some vestige of their history, their culture, their heritage. I don't know in what way or how it will translate into the story, but I get the feeling there's thought and story behind the choices that were made, and not just "Let's modern this baby up some".

But that's just me, I'd love to hear how you voted and why!