With great pleasure, I present Round Two of Friday Night Fights 3, featuring the following fantastic fights: 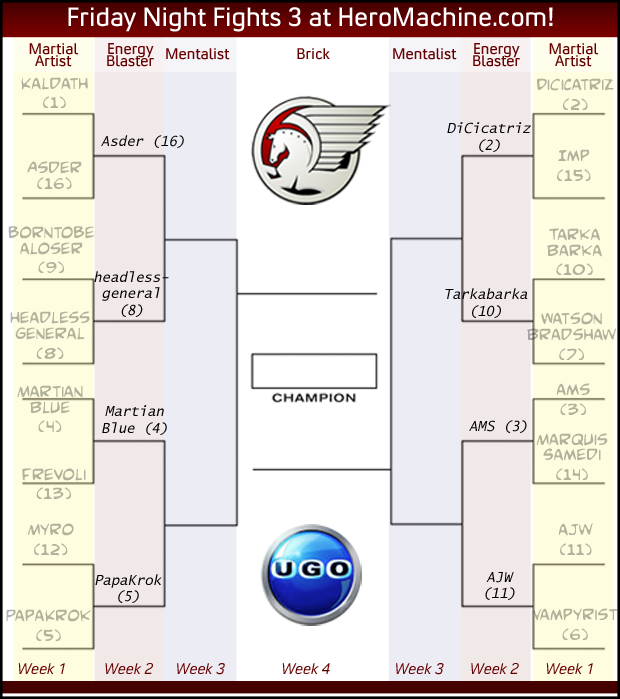 As a quick review, there are four head-to-head contests this week. You can vote once in each matchup for your favorite. The winner of that fight moves on to face the winner of the next bracket, so the first-place finisher in the Asder-headlessgeneral poll will meet the winner of the Martian Blue -PapaKrok match in week 3.

Good luck to our Elite Eight! Note that you can click on the image in the poll to see it full-size, and that once again results will be hidden until the polls close next Friday at 1 a.m. Mountain Time.