If only this costume really were dead

A reboot of a popular character carries many challenges for the enterprising comics creator. You've got to retain the fundamental spirit of the person in question while still bringing something new, fresh, and interesting to your take. Having said that, this "Ghost Rider" redesign fails in pretty much every way: 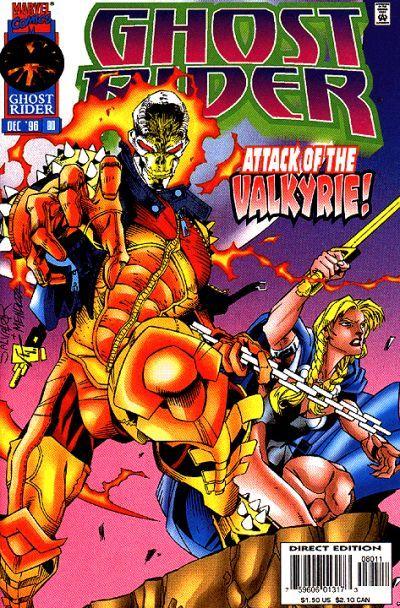 This character doesn't say "ghost" or "rider". "Alien Astronaut", sure, or possibly "Extraterrestrial Baseball Catcher" but there's nothing scary or Hellish about him at all. And if that's a human skull underneath those flames, I'll eat my shorts.

Look, we get a lot of motorcyclists here in the greater Durango area, but I haven't ever -- not even once -- seen someone tootling down the road on his Harley with a bright orange flight suit on. Especially not one with a gigantic zipper in the front that doesn't even go all the way down to the bottom. You put this guy on the back of a hog in any kind of actual rally and he's going to get the snot beaten out of him, flaming alien head or not.

Also, Black Canary is going to be pissed when she finds out he "borrowed" her jacket.

29 Responses to If only this costume really were dead