When last we left our intrepid Lone Wolf, he was deciding whether or not to follow a well-heeled rat-creature into the tunnels. Being the brave types (ha!), we dove in after it. Let's hope there's cheese. 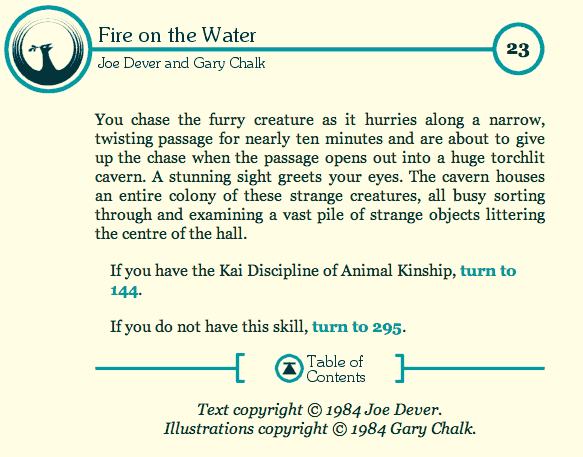 We do indeed have the Kai Discipline of Animal Kinship! At the end of the adventure, our experience communicating with rats will land us a prestigious job in the Kingdom of Disney, which is nice. Meanwhile:

I'd consider our diversion definitely worthwhile, however. Yes, we lost all our carefully hoarded and ill-gained coins, but 25 gold apiece for two meals is a bargain when you consider we avoided a side order of Death by Helghast. 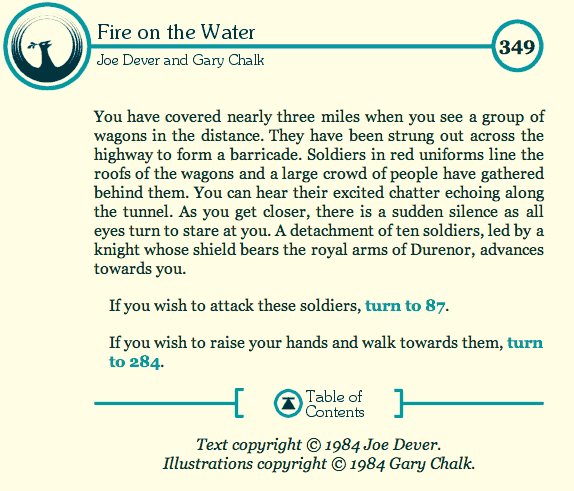 I think Durenor is where we were going, if I can recall that far back. Nonetheless, we've been assaulted by undead, poisoned by priests in disguise, beaten and robbed by robbers posing as fishermen, and otherwise had our good-hearted nature imposed upon by most of the blackguards in this crap-hole of a kingdom. Are we sure these aren't just bad guys in disguise? Or that the kingdom of Durenor is even still on our side? Do we even remember what we're doing here or are we staggering insensate out of the tunnel like the degenerate gambler we are after a weekend-long bender in Vegas, neither knowing nor caring that we're about to upchuck on the neighbor's lawn?

I report, you decide!