I've just uploaded a new set of items for HeroMachine 3, Companion-Dinosaurs. Why dinosaurs? Because they're cool! Of course, while I think they're cool, I don't actually know anything about them. So if I have left out some that absolutely have to be there, please let me know.

Here's the set as of initial launch: 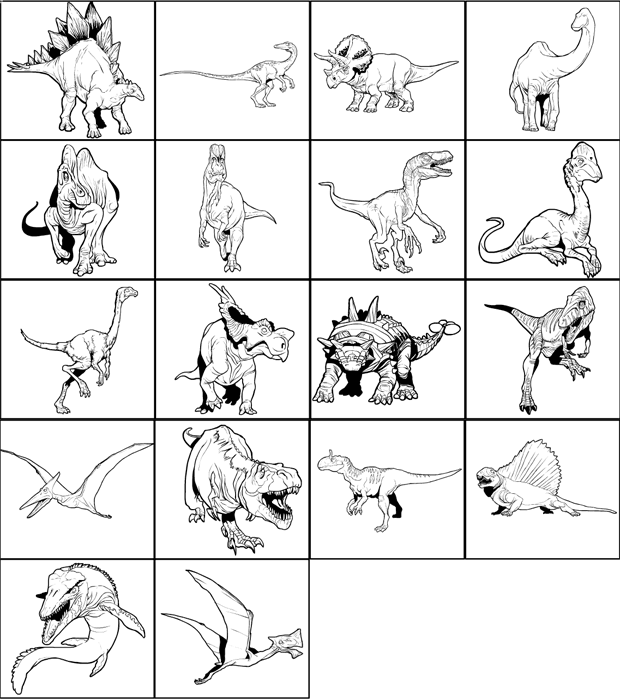