To pilfer or pursue

Our little Lone Wolf Cub was last seen facing a wall of smoke issuing from the belowdecks hatch of his very flammable ocean-going vessel. Faced with the decision to run to the nearest Daddy Figure for help or to charge into the very teeth of danger, you can guess which way we went: 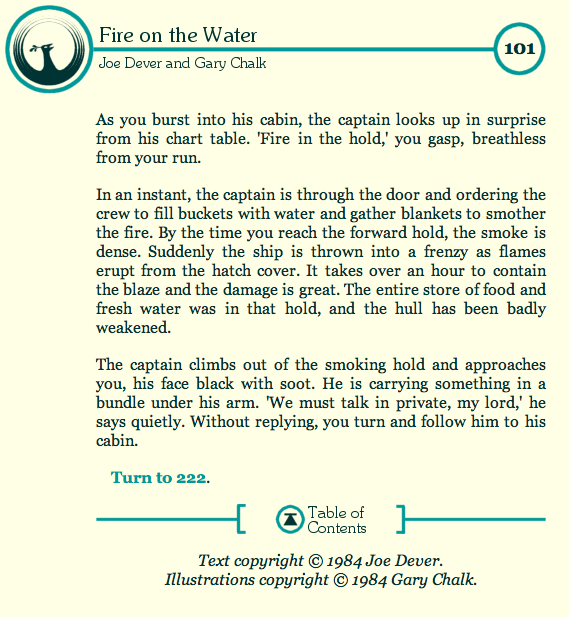 It's good to know that our ship is being commanded by a troll-headed dwarf with turkey drumsticks for arms. That's comforting.

Despite any possible misgivings about his KFC-style body, we do indeed follow him back to his cabin. 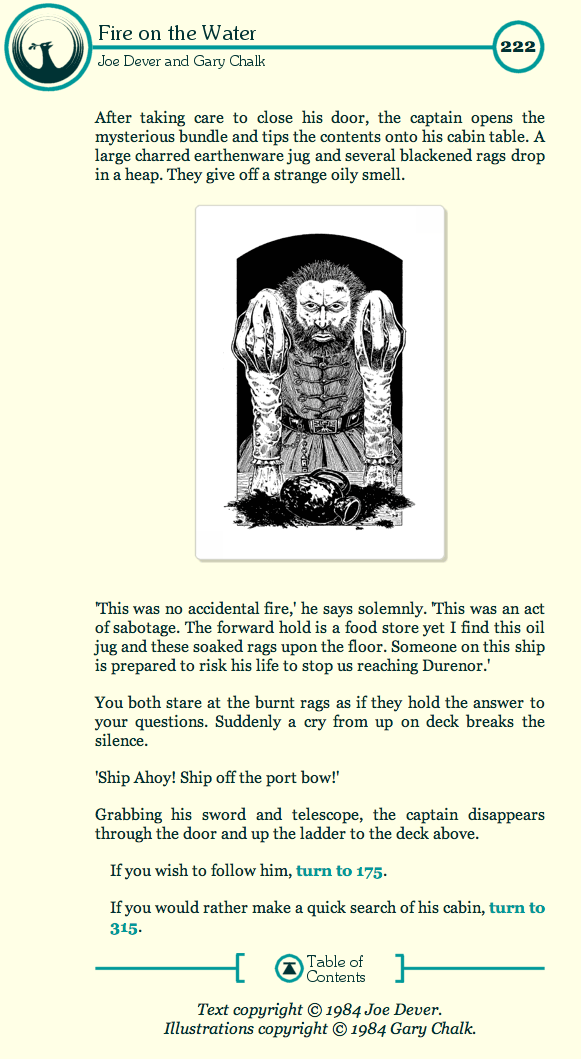 Oh my! It seems no one really likes us. In fact, they like us so little they're willing to burn down an entire ship, which they are presumably upon right at that very moment. That's a powerful heap of hate, folks.

As you can see, after his revelation, we are faced with a somewhat puzzling choice. We can keep trailing after the Captain like obedient little goslings, or we can rifle through his personal belongings. My personal mental image of the Lone Wolf is more on the shallow but earnest (while slightly cowardly) warrior side, whereas this seems much more like a cynical thief sort of thing to do. Like I said, puzzling that this is the choice we're given, but I think it helps shape your mental picture of what kind of person this is. So have at it, and let us know in the comments why you chose as you did!

10 Responses to To pilfer or pursue