HM3: The antlers and eyebrows of the chaps-wearing lion

Some new additions to HeroMachine 3 just went live, including some both from me and from dblade. I also have a number of great items from Me Myself and I that I'll be working on this afternoon.

The new stuff is:

That top row shows two different sets of antlers based off a submission by MMI, now available in Ears-Standard. Next is the lion head (which I've long been meaning to add), in Head-Animals, and finally a nifty pair of chaps by dbalde in Legwear-Male-Outerwear.

dblade also sent in a bunch of new eyebrows, available naturally in Eyebrows-Standard: 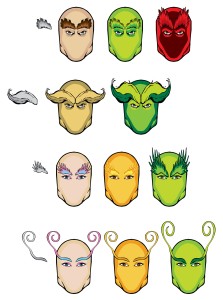 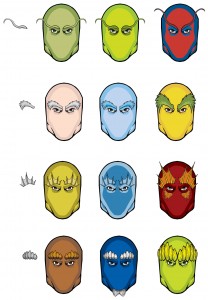 20 Responses to HM3: The antlers and eyebrows of the chaps-wearing lion