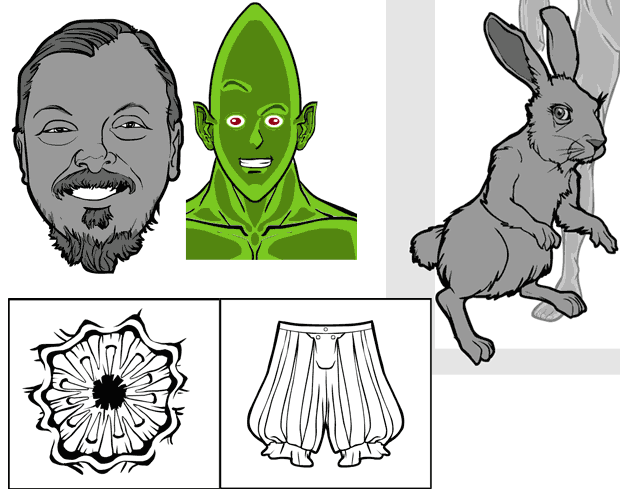 From top-left to bottom-right, they are:

Thanks to all those folks for their great ideas and particularly to dblade for drawing a custom item! Let me know if you have any problems loading these.