Joining the illustrious ranks of villains like "Calendar Man" and "The Calculator" inspired by objects lying around the creator's home office as his deadline loomed is Mr. A. G. Bell, aka "Phone Ranger": 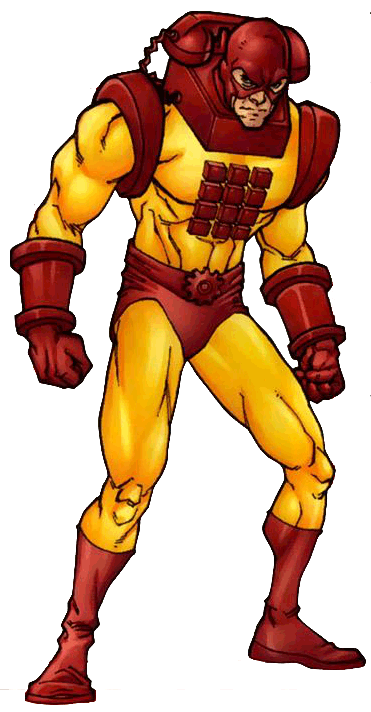 He started out as a bit of a joke, but soon became an actual, "No, really, take this seriously" character. In a real comic book, that was actually published and sold to people. For money.

Let's set aside the fact that he looks like the unholy love child of Tony Stark and his vintage phone collection. Let's ignore his uncanny resemblance to that weird guy down the hall who keeps getting his head stuck in various things. Let's even pretend that he's not wearing a phone as a collar.

No, instead let's open ourselves to the target-rich environment for combat quips opened up by this utterly ridiculous outfit:

I thank Myro for bringing this guy to my attention, and look forward to more combat quips and commentary about just how insane this costume is. Also, if Marvel could somehow get Calendar Man, The Calculator, Whiteout, and Phone Ranger together in an actual comic book titled "Desktop Avengers Assemble", I could die a happy man.