I have just uploaded a fairly major change to the way HeroMachine 3 handles saving and loading characters, and how it masks and layers items. Details after the jump, but the take-away is that going forward you should have a lot fewer problems loading and saving. And hopefully the "stuck item" bug will go away too.

All of your previously saved characters should still be there, so you won't lose anything. It all ought to just work better.

I also want to give a special shout-out to everyone who contributed in the last thread on this subject, you all helped a lot. Particular thanks go to Violet, who sent me her saved-character .sol file, and Panner, who gave some exceptionally helpful, detailed, and specific bug reports that were incredibly helpful for tracking down all this. Thanks a ton!

Here's a list of what all is included in this update:

Previously, saved characters would often load with their layering all messed up (so the head would be behind the background, for instance). Or the masking would be broken. Or there would be items on the stage you couldn't move any more once the character loaded. Or you'd click to add an item from one set, and suddenly a completely different set would be active.

Hopefully all that is fixed now, and the characters you load will look just like the one you saved.

Here's an example. This is how a quick test character I created is supposed to look, and how he appears when loaded from the save file with the new HM3 version: 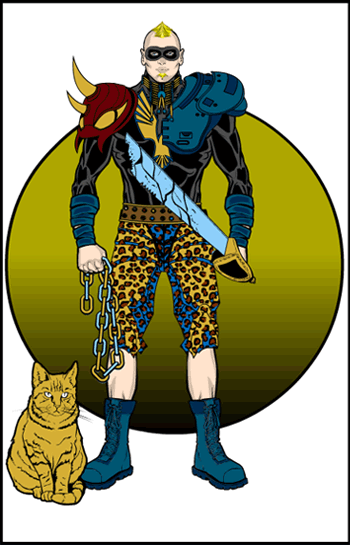 And here's the same character from the same save file, loaded under the previous HM3 version: 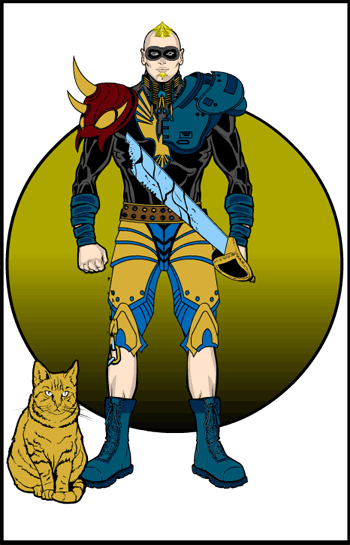 Note how the leopard-skin pattern is missing from the leggings, and how the chain is masked to the legs instead of the hand? That's fixed now.

Hopefully some of your previously saved characters that were hosed up will now load correctly. But, if you loaded them up and they were hosed, and then you RE-saved the character, then it's going to have saved the incorrect data and you're still hosed.

I also am hopeful that the "stuck item" bug will mostly be resolved as a side-effect of the rewrite.

Please let me know ASAP if you encounter any problems with the new version.

I'm not 100% sure what part of the code I am going to tackle next, so if you have a request in that regard, please speak up in comments.