Never bring your fists to a bat fight. Or something. Here I was mostly going for something quicker, looser, and more dynamic than the set pieces I've been doing lately. 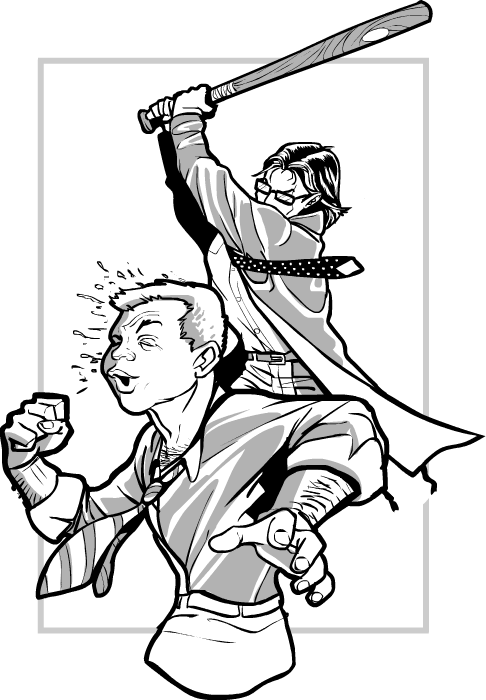