We had a lot of really great entries for Character Contest 30, which made judging quite difficult.

First, I wanted to highlight the submissions I thought had some element that went above and beyond the usual level, something that made me want to call them out as an Honorable Mention, although overall they weren't Finalists that I considered making the overall winner for one reason or another.

Anarchangel's Vendetta is a nice looking character all the way around, but I wanted to call attention to is the background. The sky, clouds, and lightning all work together well to give a sense of place. 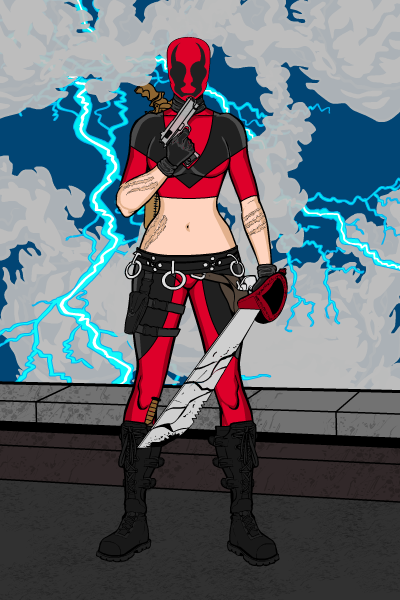 AtomicPunk's "Bloke" is just funny in general. I think the words on the shirt must be done in Photoshop or something, as I don't think there's a built-in font like that, but I love everything about this guy. The do-rag, the funky goggles, the pale skin, the combat boots with kilt, it all just works. 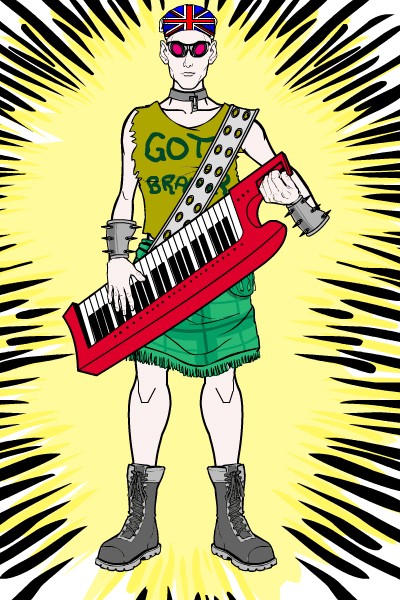 Blue Blazer's "The Night Watchman" is a solid composition in general, but what I really liked was the green highlighting on his various accouterments. The eyes in particular, lurking just at the edge of the cowl, work well. 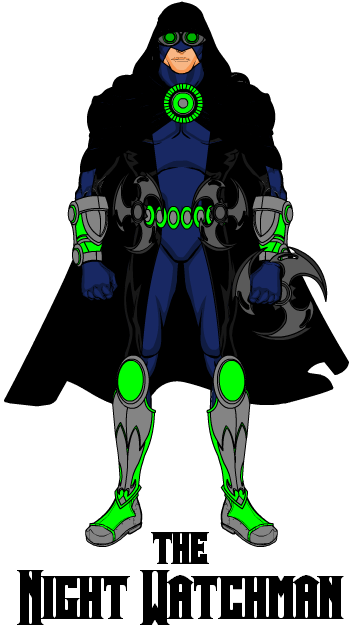 This one's all about the outfit. Hubba hubba, baby! Plus, that took a lot of work to create, CPrime definitely deserves a nod for "Union Jill". 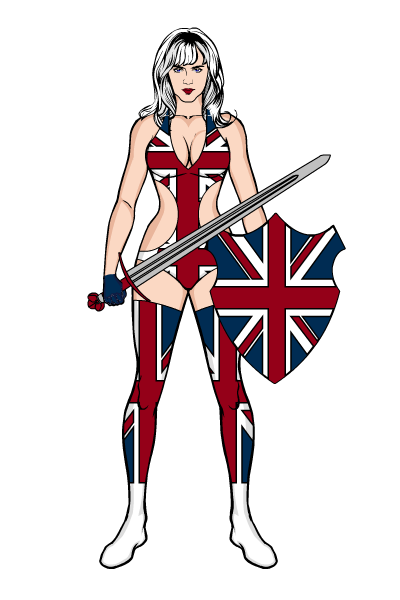 Ultimately the checkerboard background was too distracting for me in Darth Neko's "Enigma", but I love the way the guns are floating in the energy halos and the look of the mask under the hood. 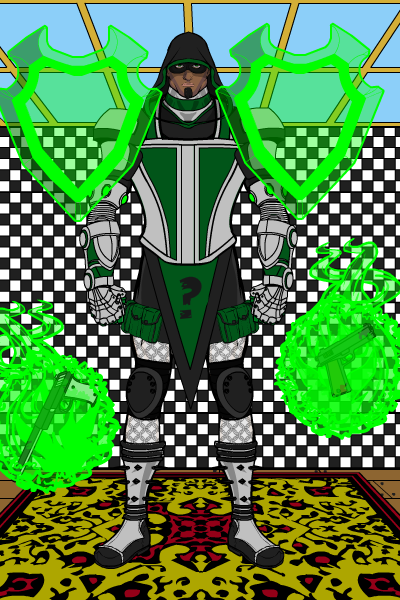 Gene's "Red Ranger" has a good solid conception and the outfit works well, but what sells this is the rifle. I like how he didn't wait on slow slacker Jeff to put together a good Rifle set, but went out and made his own. Well done! 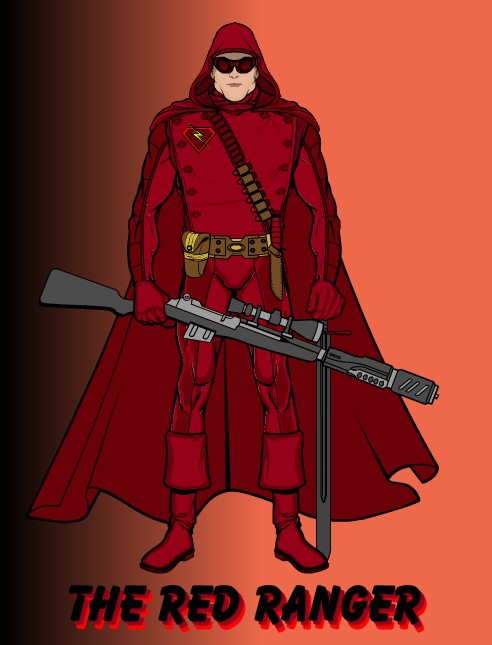 Finally for the Honorable Mentions, SutterKaine's "Frost" is one of the best two-figure compositions I've seen. It's simple, but very effective, party for the pose and partly for the play of dark and light colors. 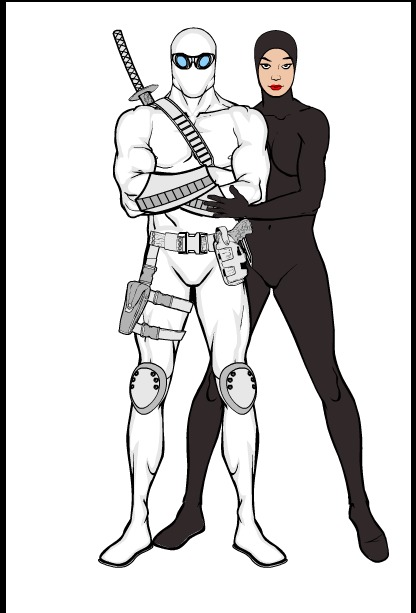 I now want to profile the illustrations that I considered as serious possible winners. I'll start with Paul's "Gadget 2", which couples a whimsical steampunk feel with the intrepid adventurousness of "Go Go Gadget". 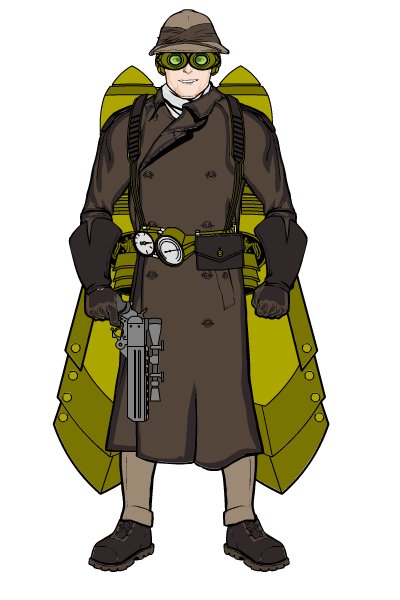 In a very similar vein we have Sol Invictus' "Reichsadler", one of the better Nazi provocateur images I've seen so far. I think he gives off the right mix of menace and machine. 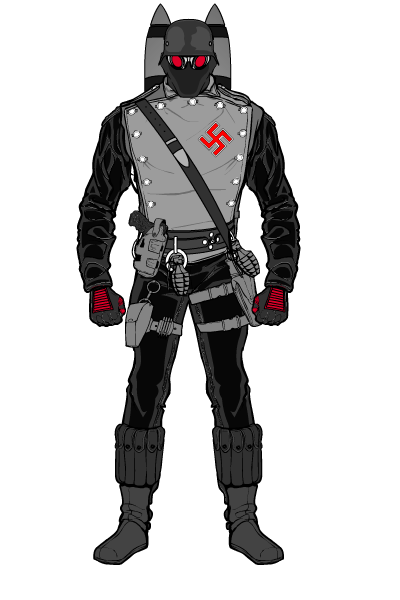 The two-fisted pose, the dual dueling pistols, the simple but effective color scheme, and the excellent use of shading all combine to make Anarchangel's "Red Devil 2" a very compelling character. 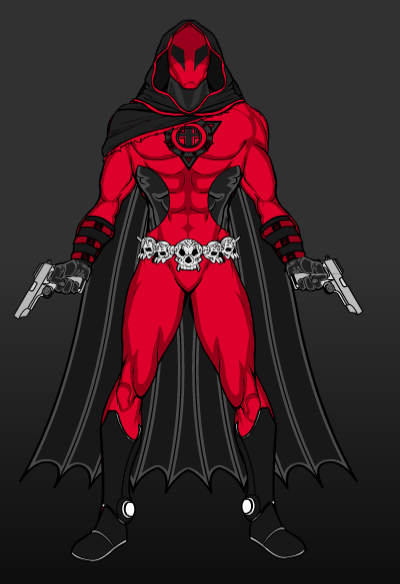 Either I have a soft spot for steampunk, or Danny Beaty's "Ironclad" is just that good. Probably the latter, but regardless, I like everything about this illustration, from the color scheme to the two pistols to (especially) the smoke stacks coming off his back. I can't wait to see his enemy, "Horsewhip Lash". 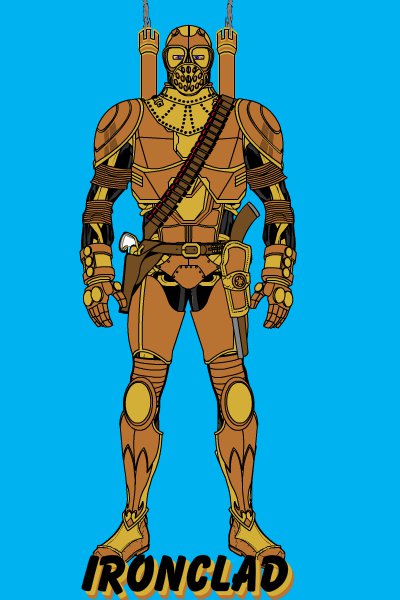 When one person has multiple entries I love, I try to limit myself to just one. But I just couldn't bring myself to leave out either of DiCicatriz' submissions this week. First up is the outstandingly detailed "Ishmerai". I usually hate hip boots, but these work perfectl with the rest of the composition. I think I see how the chest effect was achieved, and it's terrifically effective. I appreciate the little things, too, like the belt strap holding the thigh pouch on. That kind of attention to detail makes the whole character really jump off the page. 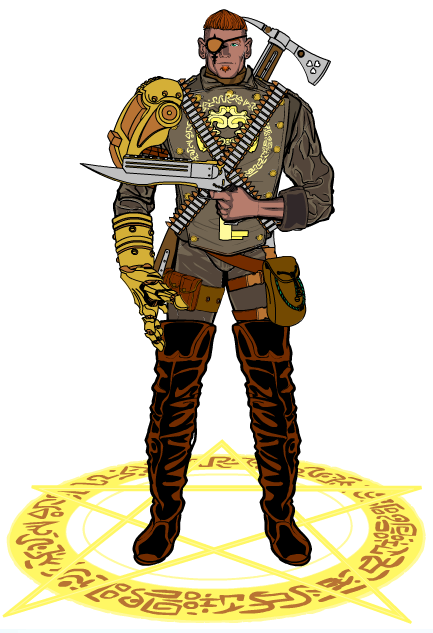 DiCicatriz also has "Orchid" in the mix as a Finalist this week, and I hope you see why I couldn't leave her out. I love the dark purple dragon tattoing effect on the skin suit, that's just brilliant. In general you don't see a lot of this kind of color scheme, but it's fantastic here. 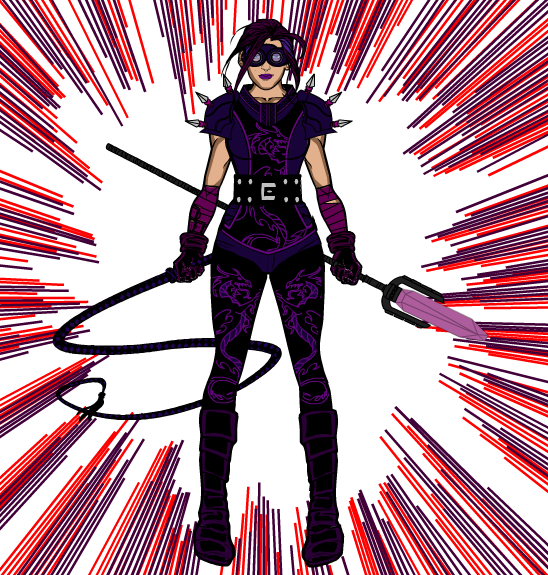 Gene had an Honorable Mention earlier, but I took a particular shine to "Robot Wrangler". I can't imagine how irritating it must have been to put together those little robots. For Gene, not the character, although I imagine he had his struggles too. I particularly like the little blue guy dangling by one arm, that's a great touch. 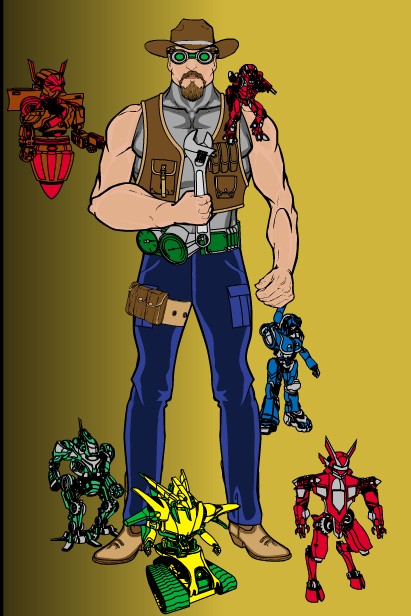 Our final Finalist is Jack Zelger's "Gadget". I really like the pose a lot, especially the one boot turned off at an angle. That little detail totally sells it. The t-shirt with simple painted "G" on it and the shorts are a nice counterpoint to all the gear she's lugging as well. The hair also fits. In general I get a great sense of character from this drawing, of a plucky young woman who's armed to the teeth, but still would give you a hug if you needed one. 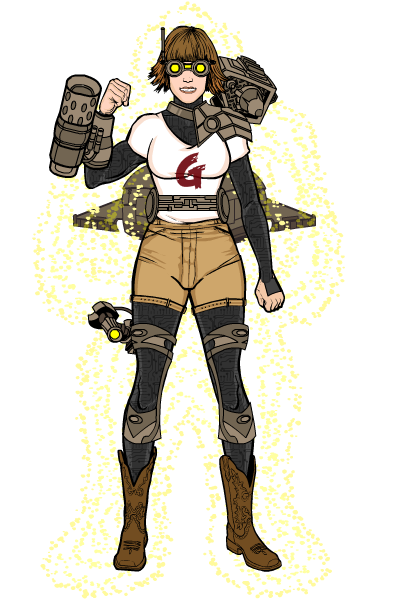 Looking back over all these great entries, and knowing I can pick only one, I am going to go with ... DiCicatriz for Ishmerai! The overall look of the character and the detail are just fantastic, I really love it. Great job!

DiCicatriz wins either any item he or she chooses, or a portrait of him/her self, to appear in the final HeroMachine 3 version. Congratulations, both to you and to all the great entries!