Congratulations to the winner of the first ever HeroMachine Friday Night Fights contest -- Kaldath! Here's his final winning entry for posterity: 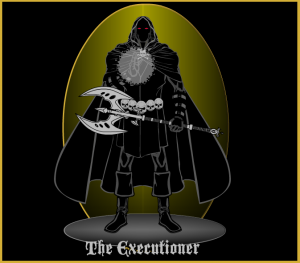 Kaldath wins a custom color illustration by yours truly of whatever he likes. Each of his rounds was a blowout, so either he's just that awesome, or he has lots of friends who like to vote, or a combination of the two. Well done, sir! For those of you who don't know, Kaldath also won the very first HeroMachine character design contest a while back.

To further honor his success, here are his other three winning FNF entries (click to see at their original size). 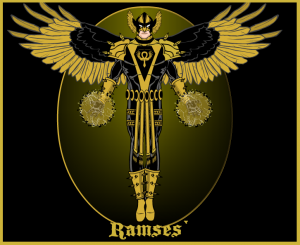 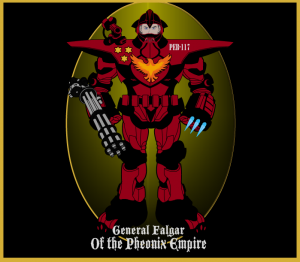 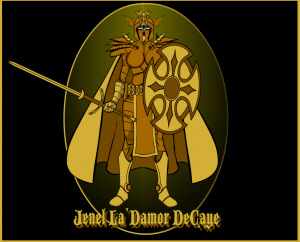 Our runner up, and the winner of a black and white custom character illustration, is none other than Imp! As always, his characters showed a lot of originality and excellence. Here are his four entries: 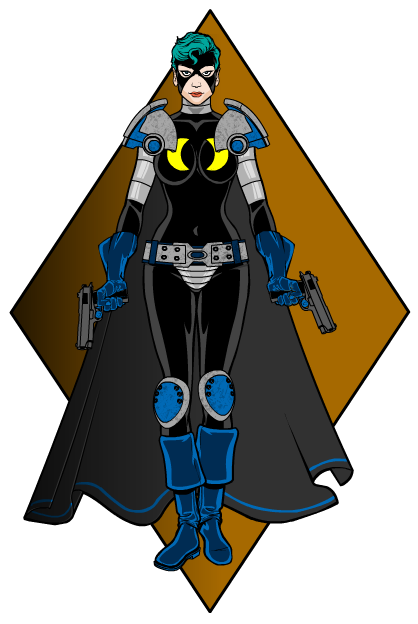 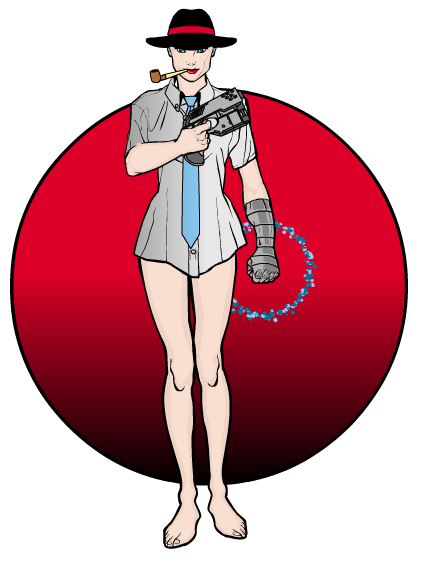 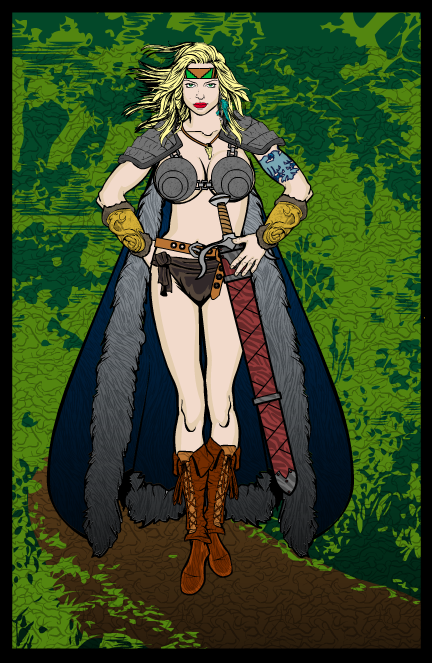 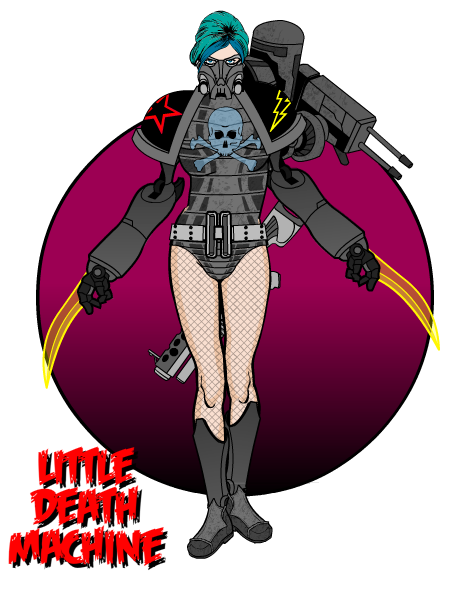 Both of you guys were definitely worthy finalists, I am pleased as punch at the high quality of your entire slate of characters. Thanks to you both for sharing your creativity with us!

The same goes for so many of the other fourteen competitors as well. This wasn't an easy challenge, and there were some truly inspirational illustrations submitted. I salute each of you.

I did, however, want to particularly single out Zyp, who won the "West Coast Avengers" Open contest with his absolutely fantastic "Inferne": 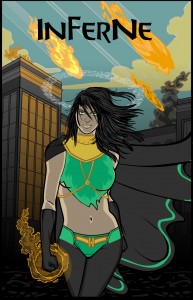 (Do yourself a favor and click to see full size.)

I mean no slight to the other great entries, but this may be the best thing I have ever seen come out of HeroMachine. Zyp wins any item or a portrait to appear in the final HeroMachine 3 version.

Congratulations to Kaldath, Imp, and Zyp, as well as to all the great folks who participated! Hopefully we can have another set of Friday Night Fights after the holiday. Until then, keep creating!