Because of the short holiday week I haven't had a chance to put together a "Bad Costume" post for today. Instead I recruited my six year old nephew and farmed the assignment out to him after he saw this image in my stack of Bad Image Ninenties Comics: 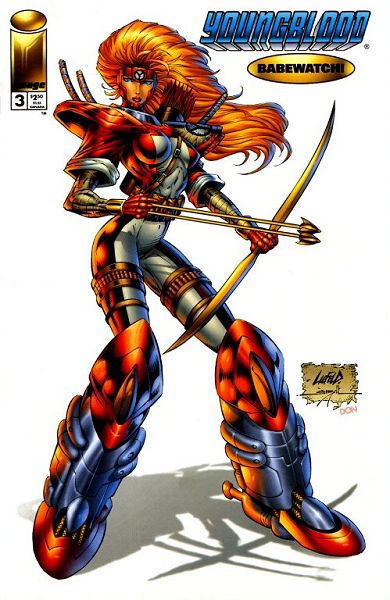 Since he's just a kid, he used his crayons to mark up the image, but even at that age I think you can see he's already got a better sense of the absurd than the entire Image creative team of the Nineties. So without further ado, I give you my six year old nephew's critique of "Youngblood, Babewatch" archer type person: 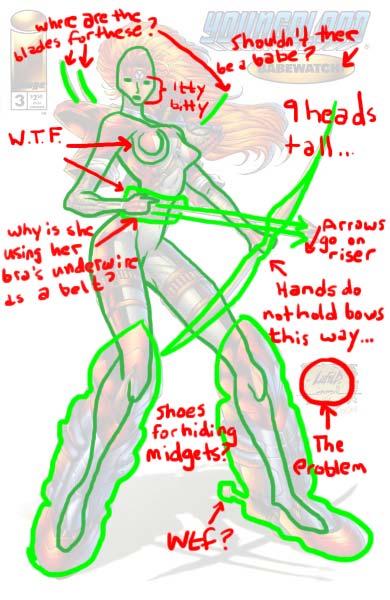