At long last, I am pleased beyond words to announce that the female template is now available for the HeroMachine 3 Alpha. Included in this initial release are BodyFemaleStandard, HeadFemaleStandard, and HeadFemaleFace. All the standard options from the male template are there, along with a few bonuses (three separate sizes of breasts, along with a breastless torso to place and size them on, and then some surprise complete figures at the end).

Here are a couple of quickie portraits I did: 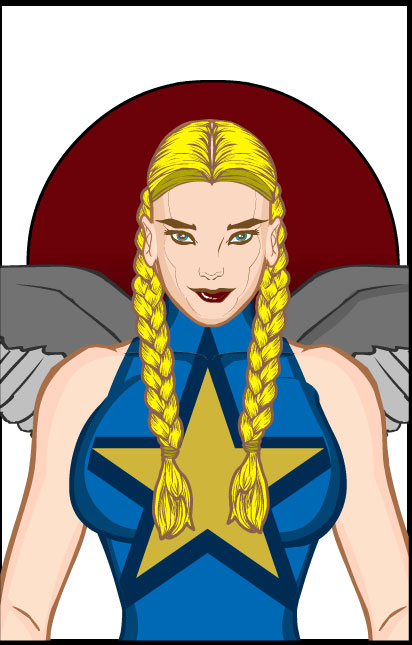 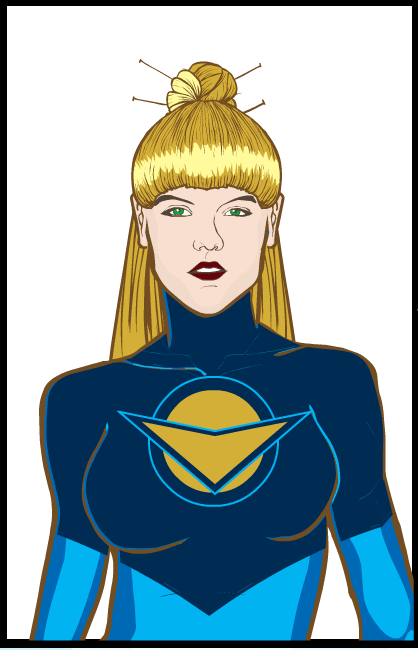 Without TopsFemaleStandard (next up on the drawing schedule), making a real character is still going to be a bit challenging, but at least now it's easier than it was and we're on our way to complete gender equality. Also, HairFemale is going to have to be a priority. Then probably breaking the face up into its parts (Eyes, Nose, Mouth at least, maybe Eyebrows).

Also, the hands and feet are not positioned or sized properly for use on the figure, so you'll have to do that manually until I can get to female versions of those.

Let me know what you think in the comments, anything you do or don't like, additions or subtractions you'd like to see, or pretty much anything else you think of in relation to the new template.

42 Responses to HM3: She begins