On one hand, I'm sad to report that the HM Mini I've been talking about has been canceled again. They didn't like the coloring book idea, so the whole thing is dead at this point.

On the other hand, that loss is your gain, as I have now translated over all of the mech stuff from it to the HeroMachine 3 Alpha! It's in two parts, "BodyMech" and "HeadMech", with the Body set having torsos, arms, and legs. All of this was drawn at a three quarter angle view as opposed to the regular HM straight-on model, so the pieces aren't going to work with most of the existing clothing and such. But you can build a pretty cool looking robot and some of the heads go well on existing creations, giving them a looking-off-into-space look.

Here are a couple of screen shots to show you some of the options: 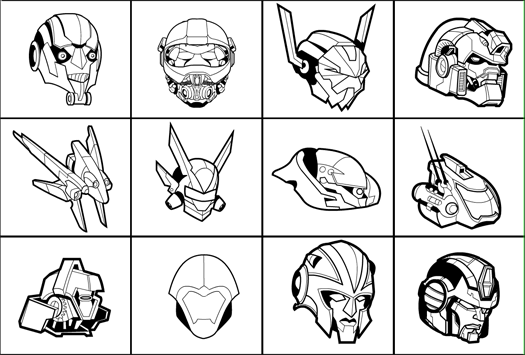 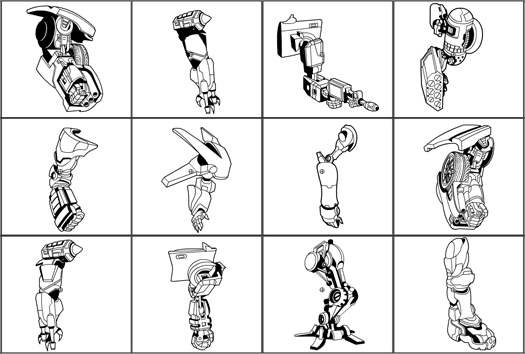 Let me know what you think, and if you want me to edit the arms so they lack hands (allowing you to drop in your own from Left/Right Hand).

The next few days I'll be working on cleaning this stuff up, adding some more to Mark's great Polearms set, and then we'll see from there.