The winner of Caption Contest 59 is ... Danny Beaty! 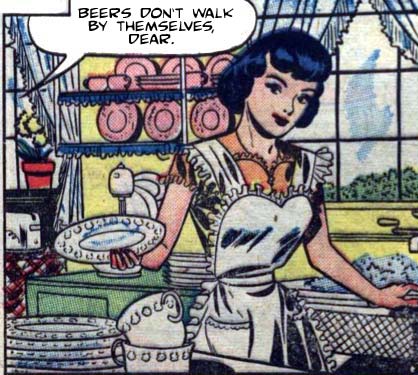 You'll notice that all of the Honorable Mentions and Danny's entry as well have one thing in common -- they all consist of a statement that will immediately be followed by plate hurlage. Which makes me laugh, given the expression on her face. Speaking of which, here are those Honorable Mentions!

Many thanks to all the fine entries! Danny wins either any one item of his choice (within the bounds of reason) or a caricature of his head to be included with HeroMachine 3. I still owe Danny a custom illustration as well for a previous win, hopefully I can get them all wrapped up sooner rather than later.

I'll be putting up a Character Design Contest in a bit, so be on the lookout for that and YOUR chance to win!