I've been collecting characters posted to the UGO Forums lately, and since apparently there's a problem now with non-registered users seeing attachments, I wanted to make sure as many people as possible got to see them. Follow me after the jump to see some sterling examples of what HeroMachine 3 can do in the right hands!

First up is Anarchangel's "Euryleiah", which I think is just a great composition. The colors all work well together, and the arrangement of the figures enhances the whole effect. I particularly like the two wolves, they look like a matched pair. Also note the way he put the belt together, combining several items to make a whole new one. 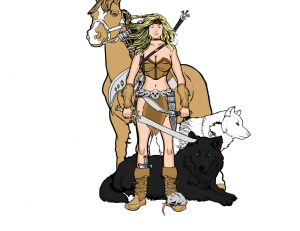 Next I want to highlight "Kodiak" by Blue Blazer, because I think he achieves a really nice "Brick" effect by scaling the torso chest piece some, and then further scaling just the arms and hands. IT's a subtle but very powerful effect, and shows how you can get different body shapes using your transform tools. Plus, as a Hirsute American, I appreciate the bear call-out. 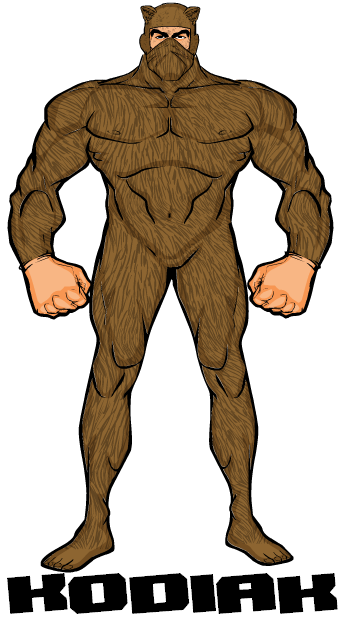 It's no secret that I think Imp and I share a design brain, and "Stuntman" shows why. I did a series of character illustrations several years ago for Jeff Mejia, The Evil DM, and his "Legends of Steel" RPG. In fact, I credit that project with launching the latest phase of my artistic development. Anyway, a key part of those designs was the use of a circle graphic behind the figures to bring the composition together, and darned if Imp doesn't do the same thing. Plus he's using my favorite mask, he assembled a lot of items into his own belt, the font looks awesome, and the logo letter nails it. A great character all the way around. Plus a cute furry dog! 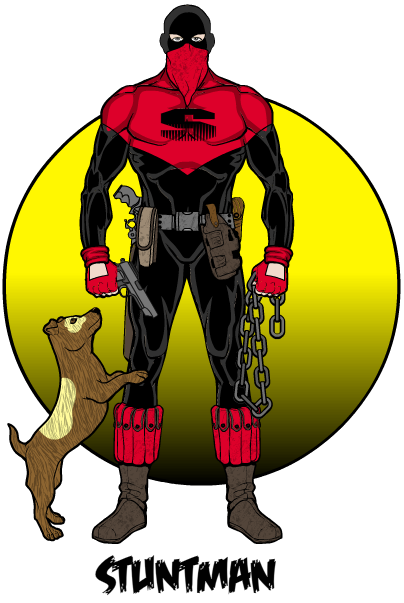 Scorpidius is probably one of the most prolific HM character creators out there, and his "Gamma" really shows some subtle skill. The skeleton in HM3 at this point is only for the Military body, which has a different proportion and limb positioning than the main body and items. He got around that by placing the skeleton, then blanking out the limbs with big white Insignia squares rotated to cover them up. Very clever. The see-through effects are just perfect too, making the flesh look gelatinous rather than invisible.

Thanks to these guys, hopefully they won't mind my re-posting their creations here. Keep up the great work everyone, your creativity and imagination are truly staggering!