Congratulations (and a custom illustration of whatever he likes) go to our winner for Caption Contest 48 -- Runt82! 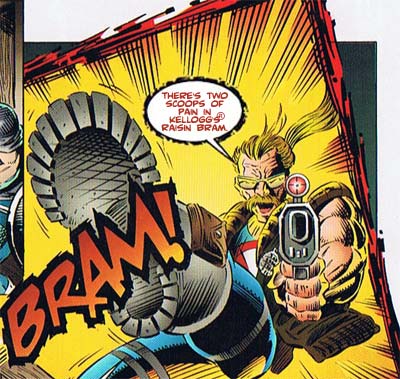 I believe this is Runt82's third win, putting him tied with xStacy at the top of the all-time leaderboard.* This week's contest had a lot of great entries, including the following Honorable Mentions:

I almost went with Cavalier's "boot purse" comment, mostly because I hope that "boot purse" becomes a common term, I think it's brilliant. I liked how a lot of these played with the whole idea of this big word flashing up in the panel as if the character could see it, that was downright post-modern.

In any event, many thanks to all the great entries, I appreciate your creativity and willingness to make with the funny! I'll have the next panel up in a bit, so be sure to check back for your chance to get in on some of Runt82's custom illustration goodness.