Lyogi and I have finished his prize for winning Caption Contest 45, an illustration of his D&D half-dragon character (no name given): 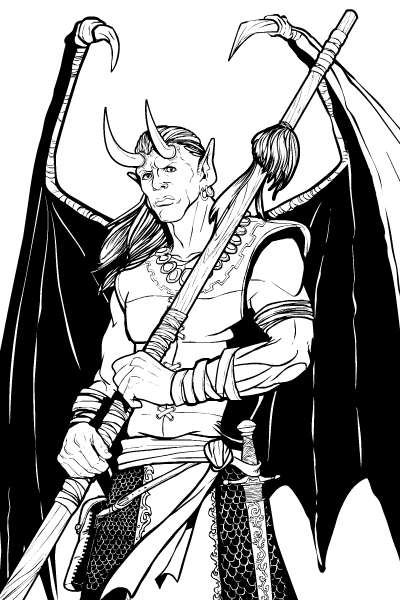 You can win your very own custom black and white illustration of whatever you like (within reason) by entering Caption Contest 48, going on now!

As a side note, the first version I did mistakenly had the character holding a big ol' sword, but it turns out he is a monk so that didn't work. But I thought the sword was cool so I'll post it after the jump: 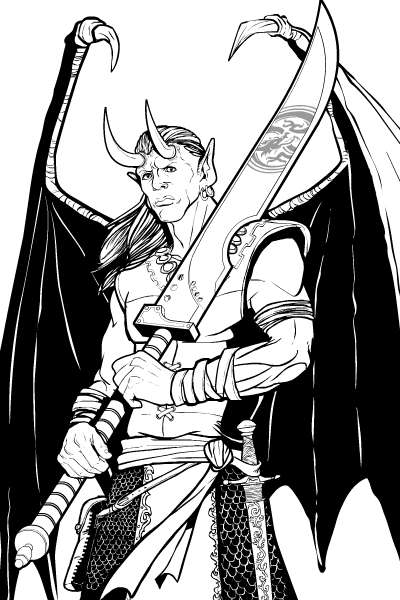 It was a good thing in this case that I draw in layers instead of just a flat hand-inked image. With an actual pen and paper drawing I'd have had to basically start over, but as is I just deleted the "sword" layer and dropped in a staff instead. The hands were already on their own layer so I was able to draw the complete weapon, and even moved it down some so it fit better, which was possible because I drew the entire staff, not just the bits that showed through the hands.