I ran out of observations about onomontoPOWia, so I bid that topic a fond farewell (at least as our staple on Fridays) and instead introduce you to:

Yes, my friends, I have decided that I should not be the only one subjected to the eye-gouging agony arising from forced reading of Nineties-era Image comic books. So now you have to suffer too, because that's how America works, you commie bastards.

And because I want to get things off on the right foot -- or the left one, I don't care really, as long as there are two of them on the same body -- I treat you to this wonderful assortment of feet from the Rob Liefeld created, Rob Liefeld written, Rob Liefeld pencilled, Rob Liefeld inked, and Baboo the Blind Monkey non-edited/non-art-directed comic, "Rob Liefeld's Youngblood" Number 2: 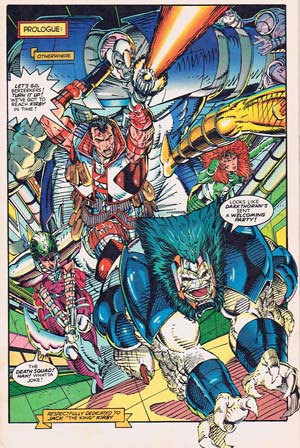 Six figures, five visible feet. Well played, sir. And while I appreciate the nod to Jack Kirby, I am pretty sure a page like this is not the way to honor him. Brrrr.

Now that the tone is set -- no more feet than absolutely necessary! -- I give you Team TSTWTLFNRLTLFOROWDRC, "The Super Team With Two Left Feet. No, Really. Literally Two Left Feet. Or Right Ones, We Don't Really Care", featuring a cast of crazy, fun-loving super-mutants who all share a rare genetic modification ("Liefeldius Interruptus") that gives them two of the same foot instead of opposites like us boring humans: 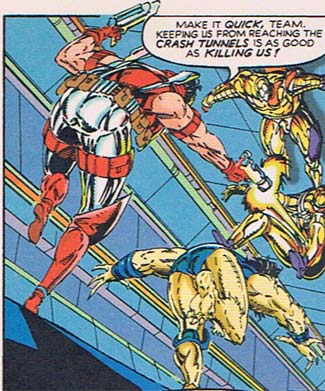 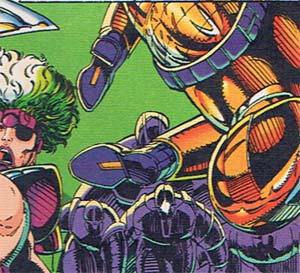 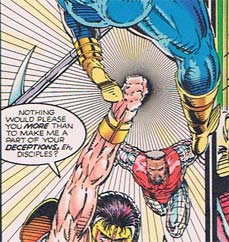 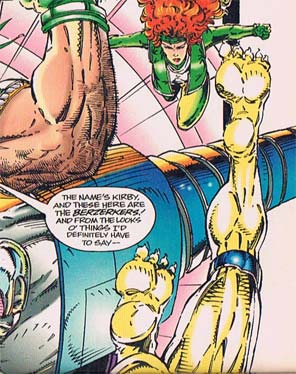 But those are just the regular members. When you need the best of the best, you have to build your own genetically modified No Feet Warriors! 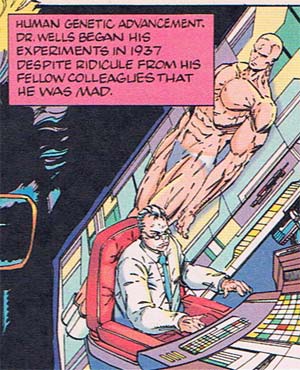 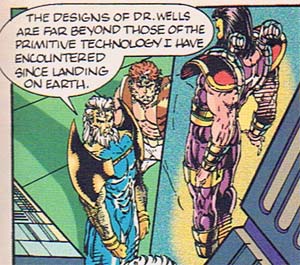 I guess whatever goo that is they're floating in either makes your feet invisible, or completely dissolves them. Handy!

But sometimes, despite TSTWTLFNRLTLFOROWDRC's best efforts, a teammate's feet are in danger of being exposed, which is why "Foot Hiding Head Girl" is such a powerful teammate: 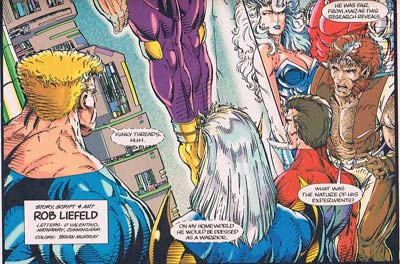 Rob Liefeld, keeping the world safe from the Non-Matching Foot Menace since 1992.

(All images and characters ©1992, Rob Liefeld, from "Rob Liefeld's Youngblood" #2. Yes, every single image on this page is from one book. That's a lot of missing and mismatched feet, my friends.)

17 Responses to A new day dawns, with two left feet.