I am happy to announce that the winner of Caption Contest 44 is ... Cory! 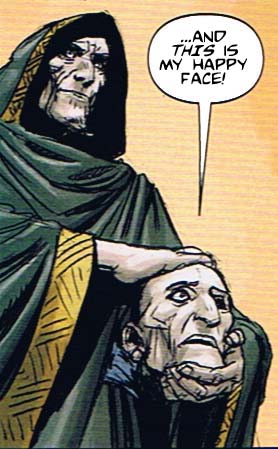 Something about headless Conan enemies seems to bring out the best in people, so I thought something happy as the winner was appropriate. A number of other entries were also very funny, including the following Honorable Mentions:

Many thanks to everyone who entered. For coming up with the winning entry, Cory will win a custom black and white illustration of whatever he likes (within reason). Keep your eyes peeled to HeroMachine.com for your chance to win with the next Caption Contest!