Posted on November 25, 2008 by AFDStudios | Comments Off on Caption Contest 36 Winner

I am happy to (belatedly) announce the winner of Caption Contest 36 as ... TheNate! 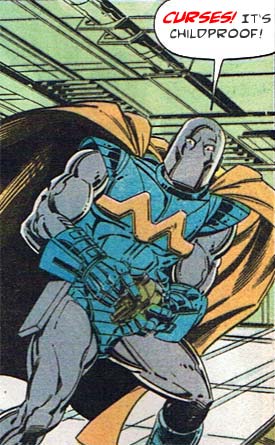 I really appreciated TheNate's originality and unique spin on this one, I think the line perfectly captures both the look on the guy's face and the weird stance. Plus I just love the idea of a criminal techno-mastermind being stymied by a child-proof cap, that's classic. I look forward to getting the details on what the prize illustration will be.

Having said that, there were a number of great entries, including the following Honorable Mentions:

Good stuff this week, thanks everyone! If you didn't win this time around, never fear -- Caption Contest 37 is going on right now, so head on over and try your luck for a chance to win your own professional illustration!