Jester and I completed his prize for winning Caption Contest 14! Here is the description he sent me:

He's about ten feet tall, and has a slightly broader chest and shoulders than the Heromachine image. The helmet he's wearing was surprisingly close to my initial vision of him, but it would be nice if you could shave off that... tower-looking thing on the top, remove the spikes and shorten the "tusks" coming off of his cheeks. Also, I'd like to change the spikes on the shoulderpads into studs, and get rid of the chain connecting them.

I'd like the insignia tweaked abit if possible; it would be really neat if you could make it look like the design was etched into his chestplate, rather than having a picture of a castle on his chest.

His right gauntlet is a little tricky... His giant ball-and-chain mace-thing is actually attached to it, and it contains a forearm-mounted mechanism that can "reel" the chain back in if his whirls the chain or tosses the ball. So his right gauntlet should be kind of bulky and mechanical, if you can kind of picture what I'm trying to describe.

As for his pose... It would be neat if he was sort of sideways to the veiwer, his shoulder thrown back as if he was going to swing foward and stab someone with the giant spikes on his sheild (which, coincidentally, is strapped on to his armored left arm). The "mace's" chain should kind of be dangling and twirling, as if he had just released the mechanism in his gauntlet, allowing the chain to drop. He should aslo be gripping a length of the chain, to keep the mace from hitting the floor. Her sould be glaring at the veiwer, his eyes (which are dark; ignore the white-eye look in the HM image) barely visible beyond the eye-holes in his helmet.

And here's the HeroMachine character he created as a guide: 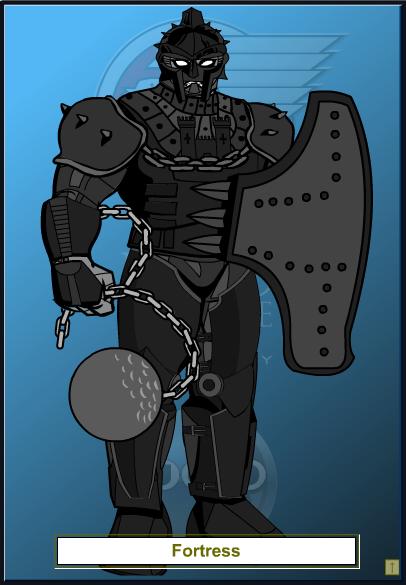 Finally, after the jump is the illustration we settled on as his prize. 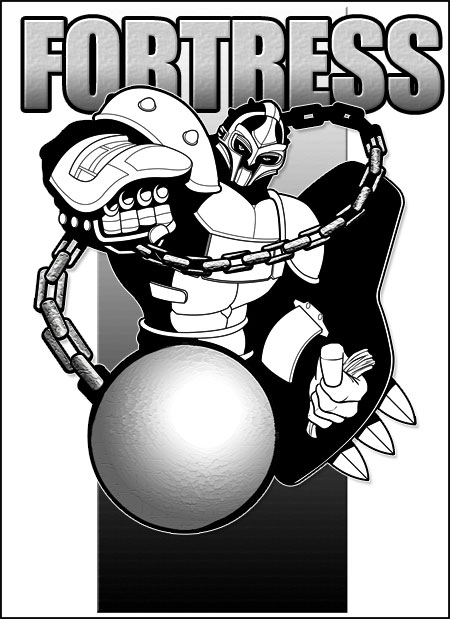