The Lip of Disaster

First we had Whoopi Goldberg showing up as one of the cosmic powers, and now apparently Scarlett Johansson's lips have been turned into an android: 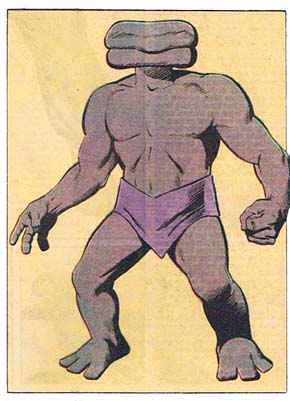 This is actually the Mad Thinker's "Awesome Android", but surely only the sultry Ms. Johanson's pouty mouth has the power to inspire someone to create a super-villain whose entire head is nothing but lips. I'm tempted to say this evil-doer "sucks", but that would be beneath me. I would, however, pay cash money to have him say "Kiss off!" as he pummels his enemy to smithereens.

One Response to The Lip of Disaster