Galactus showing up to eat your planet is scary enough, but here's one of his relatives -- Numinus, another universal guiding spirit of that level in the Marvel Universe -- who's even worse: 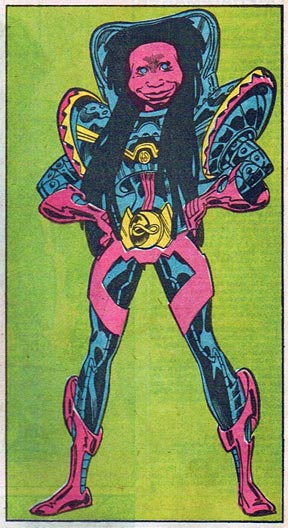 Can anyone tell me why an ultra-powerful being with the power cosmic decided to host a daytime talk show? I don't know, but I don't like it, and apparently neither does Galactus:

You'd think he'd just be happy it was Whoopi Goldberg instead of Rosie O'Donnell popping up in N-Space to interview him, but apparently not so much.

(Edited on January 19 to say explicitly that Numiunus looks like Whoopi Goldberg.)

7 Responses to Villain or View?