Reply To: Valiant's Hall of Heroes and Villains

I suppose I should start by explaining The Immortals. They’re a pretty major part of my universe’s mythos so it makes sense to explain the concept of them first. Now just a disclaimer, I’m positive that similar concepts have been presented before but I hope that no one feels as if I’ve ripped them off with the idea behind these characters.

Born simultaneously with the universe, Aeter, the first Immortal, is the universe and the universe is Aeter. Giving life to his fellow Immortals, (often referred to as Eternals or The Undying), he tasked them with bringing life and energy into the galaxy. Terra, an immortal of life and fertility, saw the earth and recognised its potential for growth. The Immortal created humans, a race of bipedal creatures in the visage of their creators.

Humans, recognising the power of the Immortals, viewed them as deities, gods, and as the Immortals inhabiting earth divided into sects, the people of earth formed religions, myths, and cultures around these beings. These sects became known as Pantheons, and cultures were established that formed the basis of humanities evolution.

In modern times, Immortals have been all but forgotten, the ancient traditions being replaced by new technologies and advancements. Some Immortals accept this, as species advance, things of the old must be replaced. Some Immortals do not take solace in this thought, wishing to be worshipped for eternity. It is the goal of one Immortal that sparks the conflict that will come to be known as the War of Immortals. As the battle rages, it currently concerns only one Immortal sect, however, if left unchecked, it may garner the attention of other Immortal groups, across the earth.

Zeus ruled atop the mystical Mount Olympus peacefully as king of the Greek Immortals. That is, until Poseidon, his elder brother, challenged his rule. The two sides clashed in epic combat. It was said the cries of agony could be heard by mortals on the earth below. Their combat raged on until Poseidon was forced to retreat. Following the conflict, Zeus retired from his tenure as ruler of Olympus and allowed Chronos, the elder Immortal to take over.

After the war, Zeus assimilated into mortal life along with certain other members of the Greek sect. Establishing his own company, Olympus Corp, Zeus began life anew as a successful businessman and corporation owner under the alias; Christopher Olympus. During his tenure as proprietor of the brand, his company grew to the status of a global franchise. Zeus uses this new found wealth to sponsor the endeavors of his fellow Immortals in their own earthly lives among mortals – for better or for worse.

As God of the Sky, Zeus has power over multiple aspects of the weather. He is able to summon and manipulate, White Lightning. This deviation from standard Lightning garners the user more control and precision, but what he gains in accuracy, he loses in raw power. Zeus is also able to create and/or summon thunderstorms. 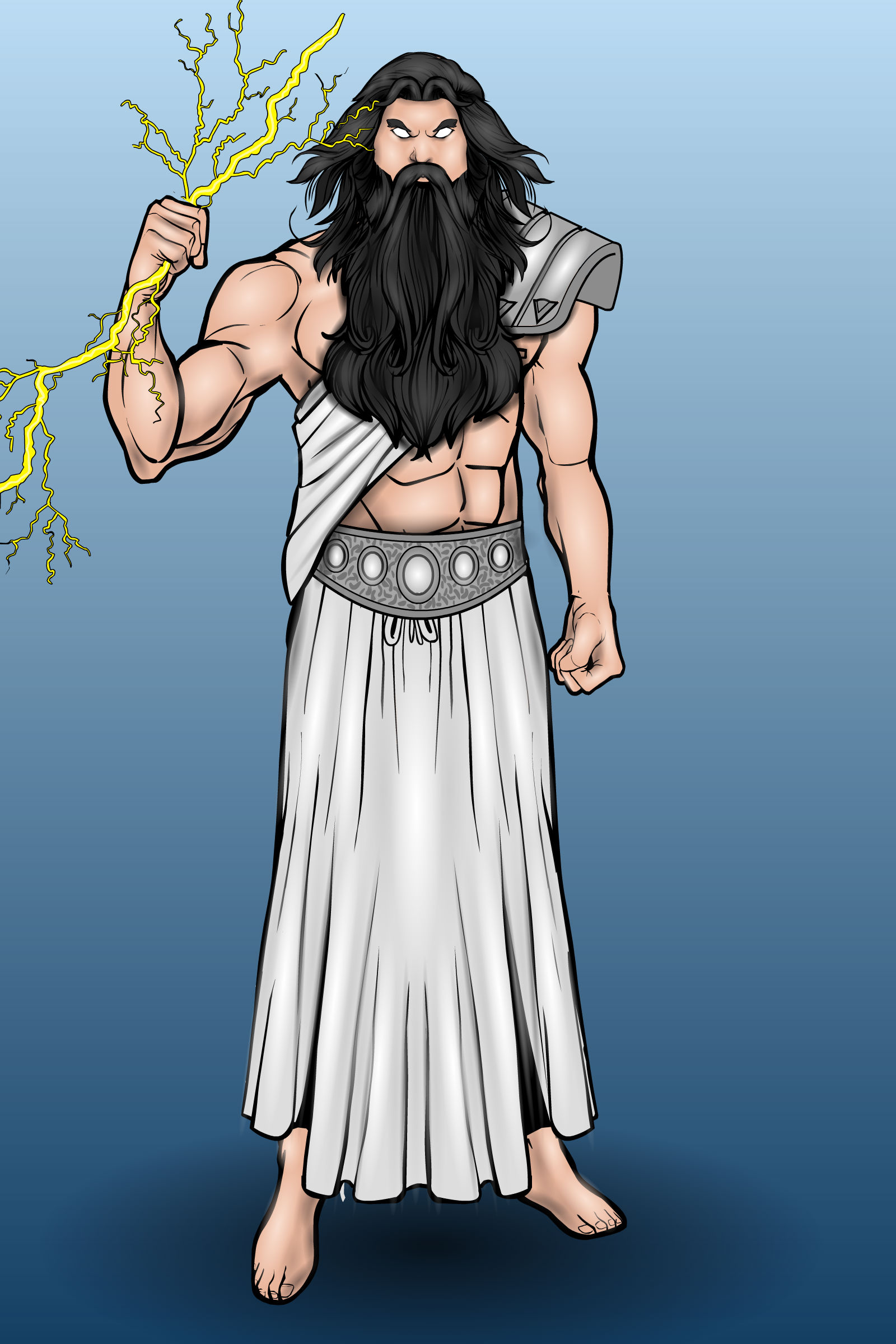