I ended up not putting this in the main Bran-Con post because it was already getting pretty big and picture-heavy. So, without further adieu, and with all vendors tagged in the captions: 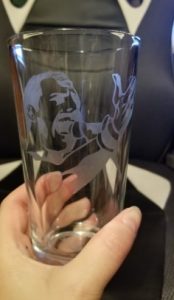 Wastelanders Emporium (both glasses) The little images on the bottom are a super neat touch. 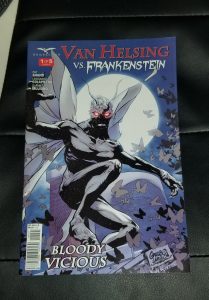 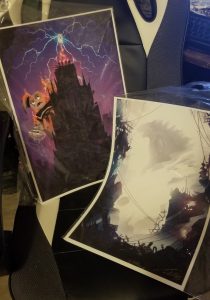 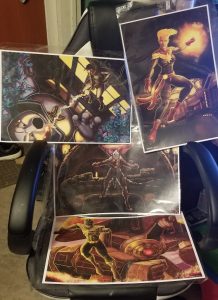 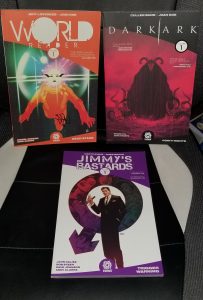 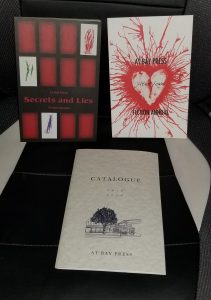 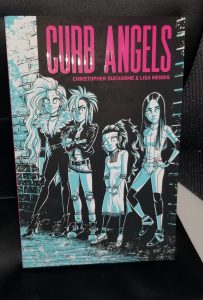 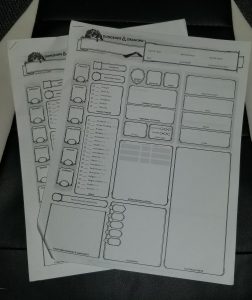 We got these from the guy running the D&D table 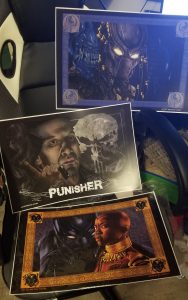 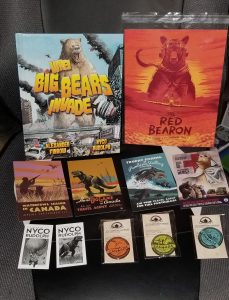 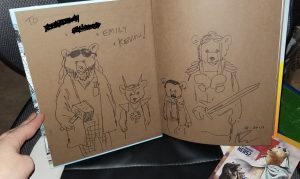 Nyco Rudolph (three above) the bears sketch is inside the When Big Bears Invade Book, which I actually won in a draw and Nyco was kind enough to do the sketch for us.

Also, we got our faces in the local paper with a pic of our Saturday costumes! So that's pretty cool. It's a HUGE picture, too. I thought it'd just be a little one. 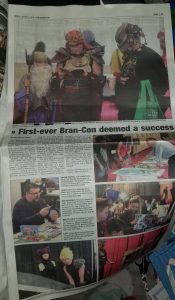 So, even though Activision-Blizzard have been persona non grata in the gaming circles lately due to fallout from the banning and punishment of a Hearthstone player for voicing a pro-Hong Kong stance during a match, that wasn't going to stop the annual Blizzcon from going ahead. And boy, were they trying to get back in the good books (not saying this stuff wasn't already in development, but it's quite convenient). So, there was the requisite WoW expansion announcement (this will be the eighth expansion!), also Overwatch 2, and some other stuff.

So, on one hand, I'm pretty cheesed that they've put this out now, in order to cool some of the backlash. Diablo's a game I play with the kids. We really enjoy it and D3 has been a good way of helping (especially the Elder Spawn, as he's older) them get a handle on the minutia of managing inventory and gear loadouts in an RPG. It's also been a good introduction for them to the world of Sanctuary itself, and the characters that live there. Elder Spawn in the last year has done two Diablo-themed cosplays. It's kind of a big deal to us, and I hate that it's being trotted out this way. So I'm torn.

Because holy hot sauce that trailer was amazing! The three of us watched all nine minutes, rapt. The kids' biggest concern was that the injured guy was Tyrael. They were very happy when they saw he was not. Upon seeing the gameplay footage video and seeing that the Druid was an announced character class, the Elder Spawn 'shat his pants' (thankfully not literally). The game is not coming out anytime soon (even by Blizzard standards), so hopefully by then I'll have figured out this internal conflict.

Halloween Was Cold AF At Our House

It really was. I last-minuted a Winter Soldier with stuff I already had and a wig I bought for Loki just to have a costume where I was fully covered. Younger Spawn wore Elder Spawn's old Ghostbusters uniform, although I made her a Holtzmann nametag, and found her my goggles to make it the Ghostbuster she wanted to be. She would have frozen as She-Ra.

I Have Lost My Damn Mind

November was already going to be kind of busy for me. I have some extra shifts at work for a bit more 'get-comfortable' training in the meat department as I will be running the show for just over a week when the meat manager has time off mid-month. So what did I decide to do?

I signed up for NaNoWriMo. Like, officially. Here's my profile and everything. With a goal for 50k words for the month.

So yeah. We'll see if I make it through November in one piece.

This entry was posted in Movies and TV and tagged 2019, cosplay, geek, geek culture. Bookmark the permalink.