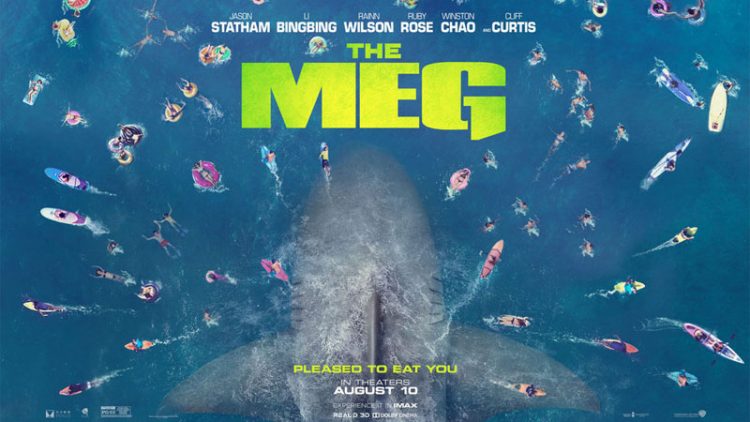 Hey everyone, we’re back with a new movie review. Today we’re talking about The Meg, (loosely) based on the book Meg by Steve Alten. So let’s talk about the latest giant shark flick, no spoilers ahead. Oh, and I actually haven't read the book, so no comparisons this time around.

So what can we say about The Meg? I feel like I don’t have a lot to say about this one. It’s funny, when a movie is absolutely excellent or absolutely abhorrent, a review is usually quite easy to write. This movie was neither of those. It was a fun, action, shark movie that to me felt a bit throw-back-ish to the myriad of action movies I grew up watching (though not overdone to the point of straight up cheesiness). So that’s a bit trickier to write because you just end up saying everything was ‘fine’ or ‘good’ or whatever and you can only repeat yourself so many times. So let’s instead just talk about some of the things I liked about the movie, because when I think of it, there isn’t really anything I outright disliked about it.

-The ‘Meg’ itself. Okay, so this movie isn’t going to win any awards when it comes to special effects, but the shark looked pretty good. It wasn’t like something like Gods of Egypt where the CG was laughably horrendous, but you knew that shark was CGI. It wasn’t distracting though, it looked good. And there are some really neat shots, too and the underwater environments look really cool.

-Pacing. I though the movie was well-paced. You weren’t sitting there wishing the shark would just jump up and eat someone just to get the plot moving. That would’ve been the greatest sin this movie could’ve committed, in my opinion. It’s one thing to be bad, because you can usually get some enjoyment out of that, but it’s so much worse to be boring. Lookin’ at you, Assassin’s Creed.

-Jason Statham. There’s not really a reason here, I just like him and I’m all for watching him do his action-star thing. And, I mean he has a shirtless scene and that’s just a bonus.

-Shuya Sophia Cai as Meiying. Lots of people complain about kids in movies, but this little girl was funny and sassy and had a really adorable rapport with Statham’s character, Jonas.

-Li Bingbing as Suyin. It’s always nice when the ‘designated love interest’ is more than just a damsel in distress or otherwise useless character. She’s definitely a ‘harsh tsundere’, but she’s also smart and capable and willing to do what she needs to even if it’s dangerous.

-There’s only one bad jumpscare. I hate jumpscares with a passion (mostly because they always get me even if I know they’re coming and they’re cheap) but this movie wasn’t full of them, for which I was profoundly grateful. I moved back in my seat a few time, anticipating one, but was pleasantly surprised when they didn’t materialize. They ran a trailer for The Nun beforehand and that one had a jumpscare that got me good, and I’m sure the people in front of us heard me drop a rather annoyed f-bomb in consequence. So head’s up for that one.

-This movie and the people making it knew what it was they were making. Okay, sometimes you get a movie with a premise that demands a certain amount of, at least, self-awareness of how ridiculous the premise is. A lot of times, that movie will make the mistake of taking itself way too seriously. The Meg doesn’t do this. There is definite humor and some good quips, but more importantly, everybody understands what kind of movie this is. No one is taking it so super seriously that it gets overwrought and misses the whole fun part of the movie. 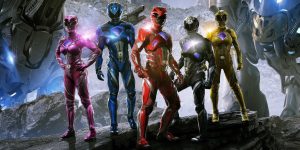 Well, I guess those are my thoughts on The Meg. Overall, as I said, it was a lot of fun. I really enjoyed it. It’s currently sitting right middle of the road in my movies of 2018 list, and that’s a great description of it. My other half summed it up best when he said ‘If you don’t want a ‘highbrow’ shark movie like Jaws or The Shallows but you don’t want the schlock of Sharknado, et al., this is a great middle ground’. And it really is. I would recommend it. I know there are complaints about how it was PG-13, but I don’t really thing it lost that much for it. I mean, I don’t know how much more an R rating would’ve given the film except more gore and maybe language that’s not really that big a deal for me one way or the other. It was a lot of fun, and that’s what I wanted.

This entry was posted in Movies and TV and tagged 2018, movie review, movies. Bookmark the permalink.

One Response to The Meg Spoiler Free Review