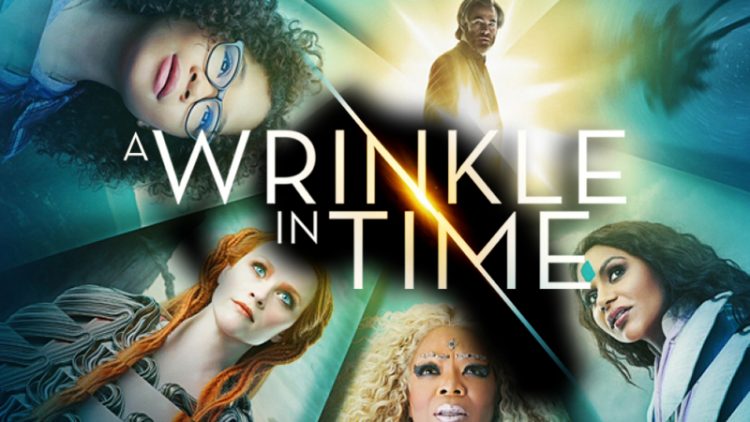 Hey everyone we are back with another movie review! Today we are talking about A Wrinkle In Time, a movie adapted from the Madeline L’Engle book of the same name. As usual, no spoilers ahead.

Going into this movie, I was the only one of the four of us that had read the book beforehand. So I obviously based my thoughts of the film on how it compared to the book and looked for those little nods and whatnot that a fan would. So there’s my bias, upfront like always. I’ve known these characters for a long time and I was really excited to see how they would be translated onto the big screen. And to be honest, I don’t quite get the really negative reviews that I’m seeing.

The first big thing that you notice from that trailers is the visuals. And they are grandiose. The locations are gorgeous and fascinating and everything is so colorful and full of life in the places that are supposed to be, but even the darker places are big and spectacular in their darkness. I never went ‘euch, that looks bad’. It was a stunning movie to look at.

The second thing is the acting. I thought all the actors did really well at embodying their characters. From the very first scene he was in, I thought Deric McCabe was perfect as Charles Wallace, Meg’s brother. He totally nailed it. As did Storm Reid and Levi Miller as Meg and Calvin, respectively. I loved their interactions and how their relationship to one another developed over the film. Aw man, every time Calvin looked at Meg, it was too perfect. Another standout to me was Chris Pine as Meg and Charles Wallace’s dad, Dr. Murry. I thought it was great casting from the trailers and it really was. There wasn’t as much of Gugu Mbatha-Raw as their mother (also Dr. Murry), but she did really well with what she had. And this was a better movie than the last one I saw her in (as I squint at The Cloverfield Paradox on my movie list).

That brings me to the three ‘Mrs.’s’; Reese Witherspoon (Mrs. Whatsit), Mindy Kaling (Mrs. Who) and Oprah Winfrey (Mrs. Which). First off, they definitely look different than in the books. That’s a given from the trailers alone. The costumes are gorgeously, extravagantly elaborate though, and I loved just looking at them. They fit the feel of their personalities, though. Mrs. Who may not have all the same quotes as before, Mrs. Whatsit is perhaps even more flighty, but the essence of it is there.

Again, I don’t understand where all this negativity is coming from. I would say that the target audience for this film seems to skew on the younger side and I don’t know if that has something to do with it. Are we just too cynical as adults for a story about embracing ourselves, even our faults, and that love is what is needed to drive out the darkness? Because that stuff was in the book too. Were they looking for a more nuanced villain, because this isn’t the place for that, either. The villain in this story is about as nuanced as A New Hope Darth Vader. And you know what, that worked fine for me. It’s a good vs. evil. If you want sympathetic baddie, Black Panther is still out there slaying the box office. 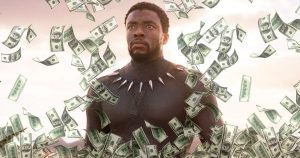 Now I’m not going to sit here and say it’s a perfect movie. I’ve yet to find one that is. So here we go. There is a sequence missing from the movie that was in the book. I understand from and story and film perspective why it was cut but it means I didn’t get to see a character I wanted to see except for a very quick glimpse. They also don’t really explain tessering at all, it just sort of happens. The part in the trailer where they talk about it isn’t in the final film. The home of the villain is also very different and a lot more… convoluted and almost chaotic. It would’ve been interesting to see that planet as was described in the book and have that reflection to our own world. The part that they did show that was the same was so friggin’ eerie and I loved it. I suppose it made things more exciting, but it loses a bit of the impact of what Camazotz is and the influence of IT. Speaking of IT, I did like how they changed what IT was/looked like. IT, in the book is (spoiler) a giant, disembodied brain and I just don’t think that would quite translate onto screen that well. I get flashbacks of Star Fox 64. 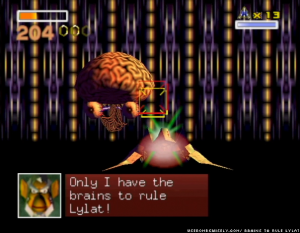 So, in conclusion, I liked this movie. I think it was well worth a watch and I would certainly recommend it. I really don’t think it’s as bad as some of the reviews I’ve seen. Then again, I’ve seen some weird hangups, like one review hated that they called Charles Wallace just that through the movie. That person obviously was unfamiliar with the source material. Charles Wallace’s name is never shortened or is ever called by a nickname. I just thought it was a weird complaint. I say see it for yourself, it’s a beautiful movie with a message we could really use more of and see more of in our world.

One Response to A Wrinkle in Time Spoiler Free Review