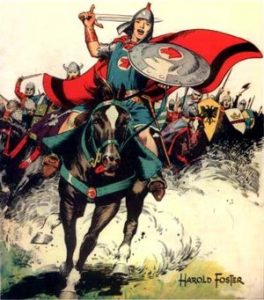 Your challenge this week is to create an original Arthurian character. Could be a knight, wizard, peasant, nobleman … whatever floats your boat. There is no limit on number of entries.

Please follow the instructions below for naming your files.

This contest will close on Sunday, February 19th at 9:00am Eastern.