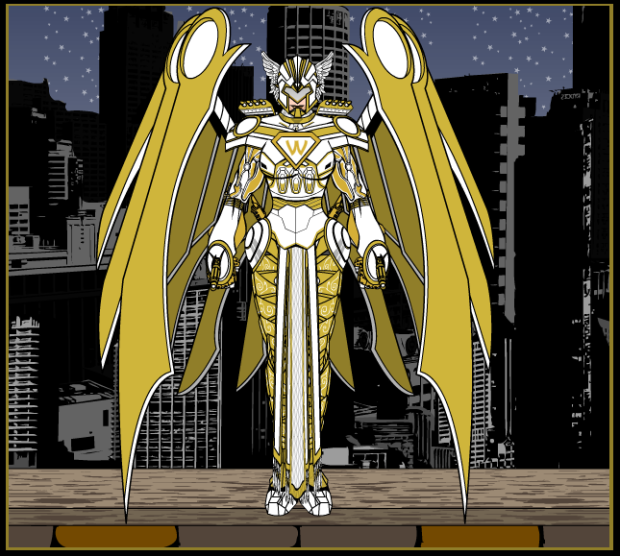 Tech-Angel is a member of the super group known as the Warriors thus the W emblem on her chest. All the Warriors have that emblem, the Diamond shield with the W.  She herself has no super powers but is the inventor of the suit of power armor that she wears in battle which contains various weapon systems, what weapons you may ask ? well that's part of your challenge isn't it?

You have no limits on the number of entries you can make, however all your entries are due by Monday December 16th at 12 Noon Eastern Time.  Also all your entries most comply with all the normal posting rules for our forum.