You're Going to Die VIII 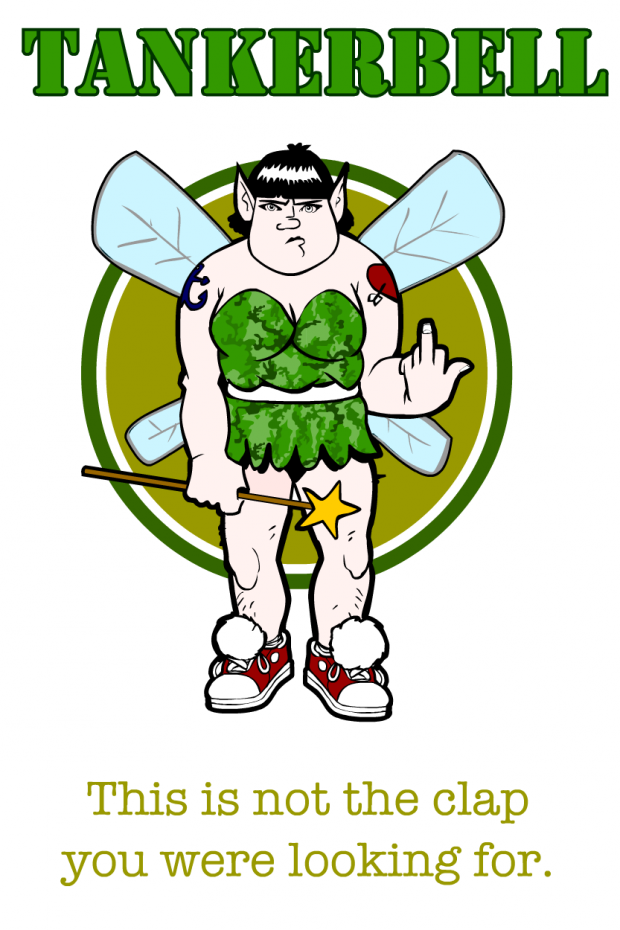 In our last episode, we were fleeing from our giant roach-alien-monster infested building when we were confronted with a cordon of military officers and a choice:

A: Follow the military to the safe zone
B: Go lone wolf and head off in your car

I liked Gero's response a lot, but he didn't use "Tankerbell" anywhere in the copy, so unfortunately he wasn't eligible. I really enjoyed StrangerousRex's account as well, particularly that Karen from Accounting has a Mini car with "Tankerbell" written across it, I loved that bit. I wasn't super jazzed about the A & B options, though.

Renxin is a great writer and always nails these things. I like that Angeline from Accounting shows up again, only in military garb. When did that happen? Is she a spy of some sort? Anyway, I really like his choices at the end, too.

HerrD's having us frantically explain that Jimmy was too small to be a filling snack made me laugh. That sounds like the kind of guy we're shaping up to be! His choices also are intriguing, introducing the concept of talking giant roaches.

Finally, borntobealoser was the choice last week, and once again he's turned in a great bit of prose. I like that the invasion escalates and that we have the option of jumping into the giant tank, Tankerbell.

Ultimately, I've decided to go with Renxin, because I am a fan of a) bringing Angeline back in a more tough-girl role, and b) having to choose between explaining the human beef jerky (what the hell was up with that?!) and lying. That's cool. So here are the results of our actions and your choice for this week:

Cooperation? Hah! When has that ever worked? You slip away as nonchalantly as you can, and pop out through the fire escape. As you exit into the parking lot you get an odd feeling in your belly. Something you ate isn’t agreeing with you. You cast your mind back to the “Jack’s Links”, and for the first time in years wonder about the wisdom of eating someone. Preoccupied with this, you don’t notice the black, shiny, and most importantly, enormous insect hiding behind your car… Oh dear. Your adventure appears to be over.

Figuring that it’s better to go with safety in numbers of heavily armed guys than to wander around on your own in a city infested with big bugs carrying an axe you’re only vaguely sure of your skill with, you start towards the soldiers.

Almost instantly there are guns leveled at you. Oh God! Do they know you left Jimmy to die? You weren’t all that concerned when you thought you’d gotten away with it, but oh you know you’re going to get it now! Some part of your brain not frozen by fear dredges up a memory, which lands in front of your mind and falls out through your mouth:

Even through all the hastily donned body armor and the bowel twisting sight of an uzi pointed at you, you recognize your hot co-worker. She groans and lowers her weapon, and the others do likewise.

“You know this guy, Tankerbell?” someone asks.

“Ah, hell,” she says, spitting, “As if the roaches weren’t bad enough, now I’ve got to deal with this bug.”

Pretending you didn’t hear that, you sidle into the camp. Angeline “Tankerbell” (you file that one away for future use) confiscates your axe, muttering something about liabilities, and directs you towards a tent where the other survivors are being examined. A small balding man with a white coat and worryingly manic expression waves some strange device around each person before permitting them to pass. When it comes your turn, he stares at the thing for a second before asking, “Did you, uh, eat anything like, say, a banana with a strange growth on it, or some kind of meat product this morning?”

He didn’t ask anyone ahead of you that, which makes you instantly suspicious. Do you:

A: Tell the truth about eating the scary banana and human jerky, or,
B: Lie, lie, and lie to save your skin

Your task, therefore, is to write up the result of each of those choices, with one leading to death and the other leading to two more choices for us to make.

Good luck and have fun!

10 Responses to You're Going to Die VIII