Superheroes battle to save City of Heroes once again!

(In lieu of our usual "Versus" matchup, today I'm bringing you a guest article about how you can help in a fight to save City of Heroes, the popular super-hero MMORPG. It's the players versus the world! The article is by Jason Brannen.) 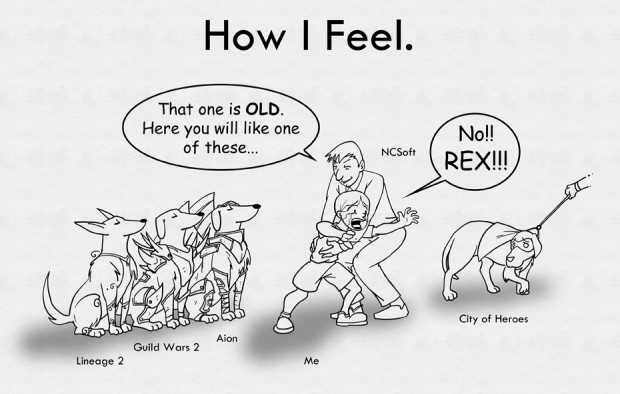 On August 31, NCsoft announced the abrupt closure of their City Of Heroes MMO. NCsoft immediately terminated its entire Paragon Studios staff, ending all development and plans ending services on November 30. The game launched over eight years ago and allows players to create their own customizable hero/villain and battle to save the world/and struggle for unlimited power. It was still profitable and one of the first non-fantasy MMOs on the market.

The announcement left the game's community in shock, but within hours, a rallying cry had gone forth. The players behind a group of virtual heroes began battling to save their Paragon City in the real world. Artists, programmers, financiers, legal professionals, and journalist volunteers began long-term planning. #SaveCoH appeared on Twitter. The Save our City of Heroes Facebook group was created. The community published multiple electronic banners, profile pictures, and forum signatures to spread their message. A write-in campaign quickly materialized. A petition organized by Meggan Russell has had more than 15,000 signatures in the first week. 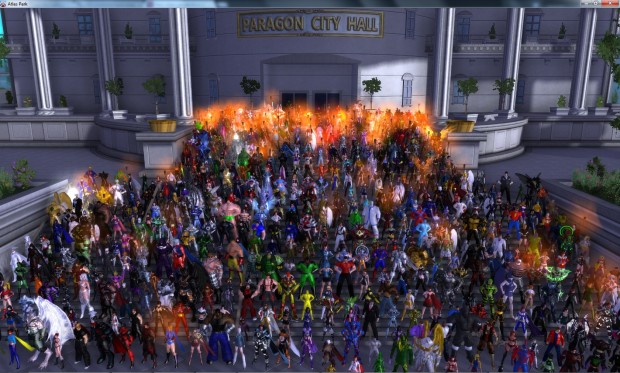 Michael T. Eastham, subscribing for more than eight years, writes to Taek Jin Kim, CEO of NCsoft Corporation, "In the time since I first received an invitation to join the game, I have moved four times, held six different professions, had two friends and two beloved relatives pass away, and restarted and completed college. During hardships, I knew I could turn to those people I had made friends with within City of Heroes, and to the game itself as an escape from the pain and fatigue. I created countless characters, each unique with life of their own, whose problems I could create, and solve, giving me power to tackle my own hardships. City of Heroes has been there for me for a quarter of my natural existence now, and much of my life has been touched by its influence. When I went to college, I chose to go into game design because I held the dream of one day helping to craft the characters and stories I had become attached to within Paragon City.

"Everyone is experiencing the prospect of something we are passionate about being relegated forever to only existing as memories", says Tony Vazquez, administrator of the fan-run Titan Network. "We are Titans, all of us. We've shed blood, we've cried tears, we've never stopped and we're not about to quit now. We've been saving Paragon City for eight and a half years. It's time to do it one more time."

Notes:
City of Heroes (CoH) is a massively multiplayer online role-playing game based on the super hero comic book genre, developed by Cryptic Studios, and published by NCsoft.
The game launched in North America on April 27, 2004 and in Europe (by NCsoft Europe) on February 4, 2005.
Twenty-three free major updates for City of Heroes were released since its launch.
On August 31, 2012, NCsoft terminated its entire studio (Paragon Studios), ending all development on CoH and other games with a planned end of services on November 30, 2012.

This entry was posted in RPG Corner, Super-Hero Stuff, Things I Like, Versus. Bookmark the permalink.

9 Responses to Superheroes battle to save City of Heroes once again!