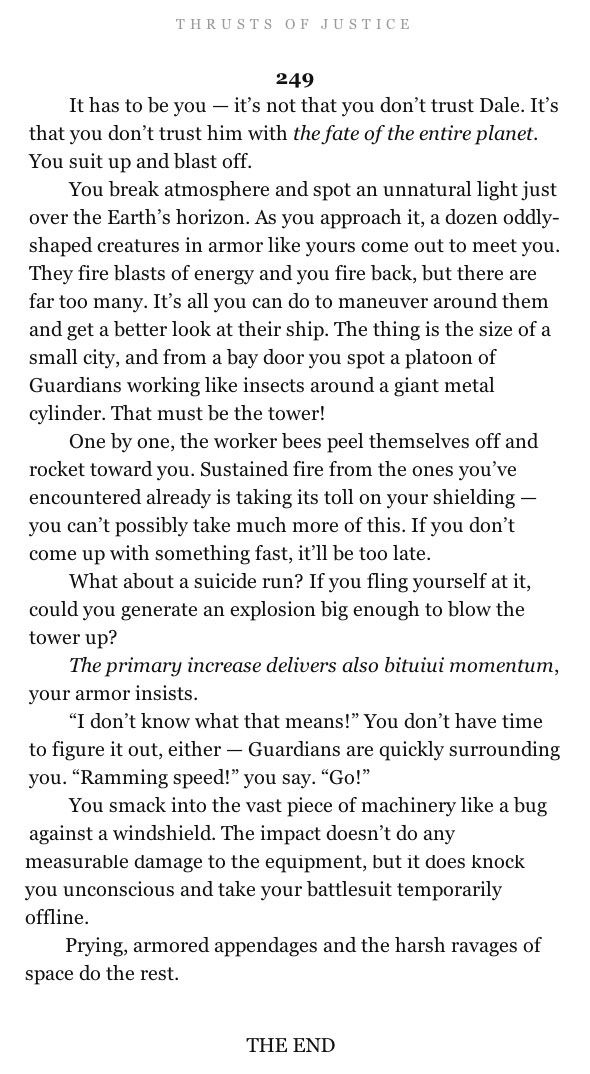 Hey, we're part of the winning side! After getting diced up and eaten, but still.

That's now two deaths, but I'm pretty sure our mother is Catwoman and thus we have nine lives. So let's see what would have happened had we given up the super suit to our buddy Dale:

With a successful conclusion, I'm going to draw the "Thrusts of Justice" edition of RPG Thursdays to a close. This was a lot of fun, and I really appreciate your playing along with the story. I highly encourage you to purchase your own copy of the book as there's a lot of hilarious adventure we didn't touch on at all (like two alternate characters we could have become). Many thanks to author Matt Youngmark for putting together such an entertaining and exciting adventure for us!

If anyone has suggestions for next week, whether another CYOA or something entirely different, I'd love to hear it. I'd also be very interested in your opinion of this adventure.

4 Responses to The Final Thrusts