Every time Batman is an option in a poll, he wins no matter how freakish the odds. I can't blame you for going that way since DC Comics apparently agrees, having had the Caped Crusader destroy the likes of Superman and Darkseid in the past. We're basically left with a situation like this, though, with Bats playing the part of "rock":

That's right, nothing beats Batman. That's just how it is. So instead, I bring you the ultimate matchup: 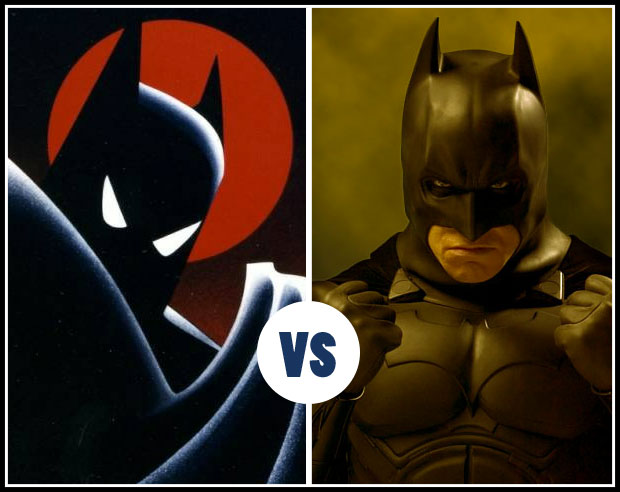 The two worlds of these alternate Batmen are fairly similar -- dark, dangerous, and as realistic as their genres allow. I mean, this isn't "Batman: The Brave and the Bold" level of Bat-badness. Both characters are smart, ruthless, and effective.

I can't wait to see your reasoning as to who would win here! I just hope the internal conflict isn't so massive that it causes a rift in the space-time geek continuum.

40 Responses to Batman vs. Batman