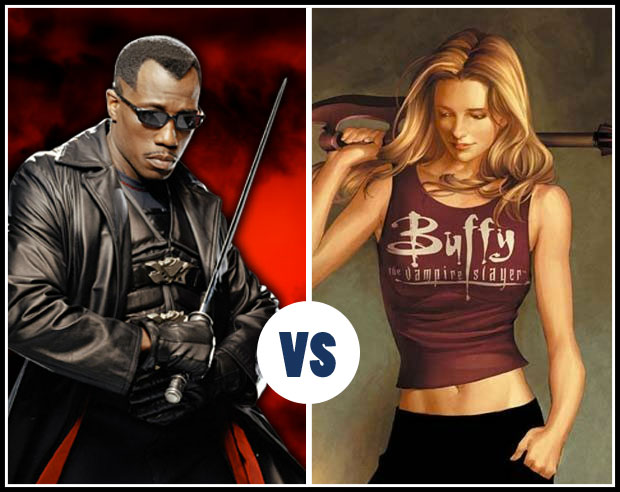 A classic comic book gambit is to pit two heroes against each other for a short, introductory fight. Imagine that's happened here, that these two vampire hunters happen to meet and go at it in an all-out battle. Who do you think would win, and why?

23 Responses to Blade vs. Buffy