Our matchup this week pits two titans of sci-fi fiction against each other. Your task is simple -- choose who would win in an all-out war between the Borg and the Cylons (from the new BSG): 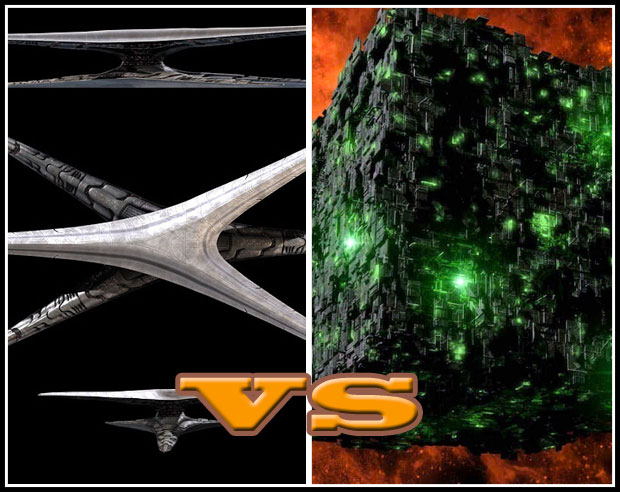 Take it to the comments to persuade us that your choice is right. Will the human/robot hybrids of the Cylon Empire overcome the soulless collective of the Borg?

I present, you decide!

35 Responses to Cylons vs. Borg