Boba Fett vs. Predator. Who wins? 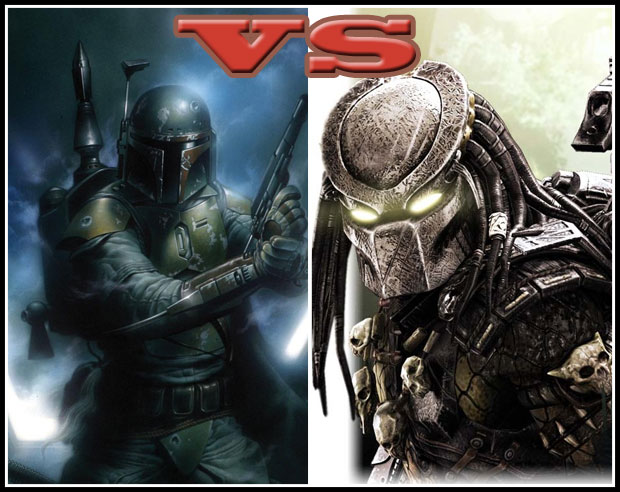 Both are killers, both are adept at hunting down prey, both are armed with roughly equal weaponry. Each is self-reliant, so we're talking a clean and simple one-on-one matchup without lots of extraneous hangers-on mucking up the battlefield.

I also like that each one hunts down their targets professionally, full time. This is what they do. Unlike some of our other Versus match-ups, we're not going to get a slugfest with two mighty warriors smashing each other's faces in. Well, probably. No, this is more likely to be a thinking-man's game of strike and counter-strike, trap and elude, ambush and counter-strike. I think it would be tremendously fun to see and I have no idea who would win.

That's why I look forward to your vote and your explanation -- who would win this matchup and why?

34 Responses to Boba Fett vs. Predator. Who wins?