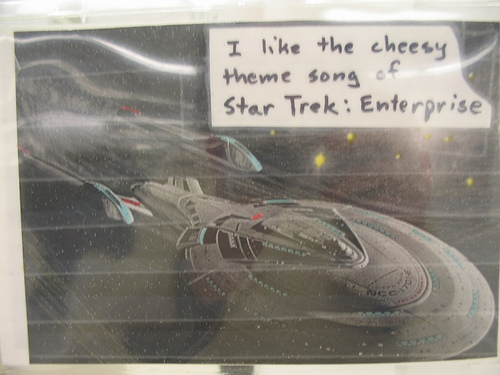 I really enjoyed the first "Sharing Day" we had, so since I am in a "coding fog" at the moment and a break from "Open Critique Day" is probably in order, I thought we should revisit the idea. Hopefully we can all get to know each other a little better!

So here's the deal:

You can ask me any question you like about whatever you like, which I will answer either completely truthfully or not at all (in which case you can ask something else). I say that because, come on, there are some things no one should have to know!

But you can only do so if you answer the following question about yourself:

What "geek secret" do you have that, if known by your friends and/or co-workers, would really embarrass you?

I'll give you an example from my own life:

I frequently wear super-hero underwear, owning no fewer than four such items of apparel (Superman briefs, Fantastic Four boxers, and two others I honestly can't recall). I'm pretty sure our neighbors and the nice people at the community center would be completely nonplussed if they knew.

Now it's your turn! Try to keep them relatively clean and of the legal, non-lethal-if-known variety, please.