One of the challenges I have seemingly every day is explaining myself to people. In my case it's usually trying to tell them what I do for a living ("I sit around in my underwear and draw super-heroes all day" is what I've settled on) and the blank stares in response are priceless.

But that pales in comparison to the difficulty of trying to explain why you play an RPG, or even what one is in the first place.

So I ask you, how do you reply when someone asks what an RPG is, what you do at a session, or why you want to play them in the first place? 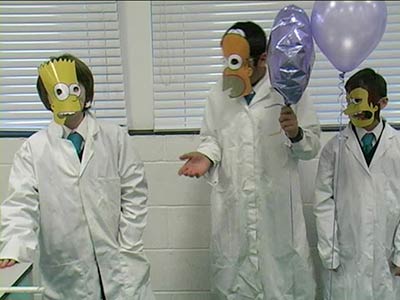 I've tried analogizing it to a jazz band, where you all agree to a common theme ahead of time, but exactly how the session plays out depends on each person's imagination, and everyone riffs off of everyone else. Or describing it as writing a group story on the fly, like an improv troupe. "We like to get together and pretend to beat the snot out of things while consuming orange food and beer" comes sort of close. I even tried "Imagine we're getting together to watch a football game and don't worry about what we're actually doing."

None of that worked all that well though, so I'm up for new ideas. Let 'em rip!

9 Responses to RPG Corner: Explaining yourself