Illustrator Neill Cameron has been putting together an "A to Z of Awesomeness". Each day he creates an illustration based on reader suggestions for each letter of the alphabet. For instance, here's his "M" entry, "Modok's Melancholy Mouseketeer Memories": 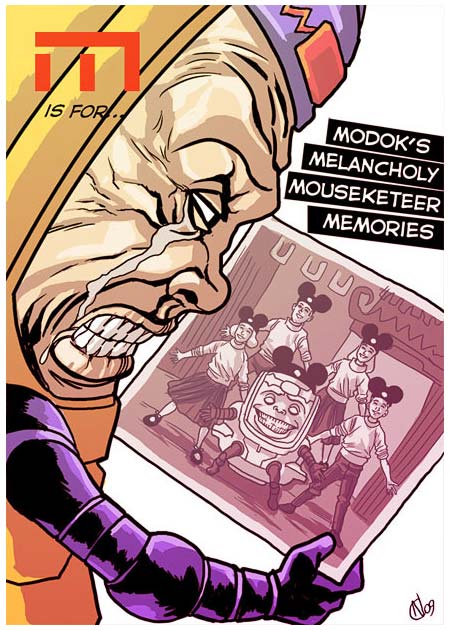 The illustrations themselves are great, and the subject matter is hilarious. I really like the idea and the execution both, hats off to him.

I've been trying to think for a while of some sort of collaborative effort like this, either where you all make suggestions for an illustration you'd want for the SOD, or somehow we make an illustration challenge for the day that you could work on either in HM or on your own. Any ideas?

5 Responses to Things I Love: Awesomeness