I'd like to thank everyone for submitting new, interesting, and fun characters for this, the third "Patriot" themed contest I've held. I didn't realize it'd been that many, so while I apologize for overusing the idea, I have no apologies for the quality of the artwork submitted. So hats off to you all, nice job again this week!

As usual, after the jump I've assembled the Honorable Mentions and the overall winner. If you don't see yours listed it's not a reflection on you or your imagination, just a limitation of size and time. Now, onward!

I'm putting a pair of Colonial-era patriots first, because they were both so good I couldn't decide between them. First is Brons' "The Patriot", which is simple in concept but very well executed:

Next was RitoruBushi's "Patriot", which went for a more neutral color palette and more items, but it works very well and I think is a nice contrast to Brons' approach: 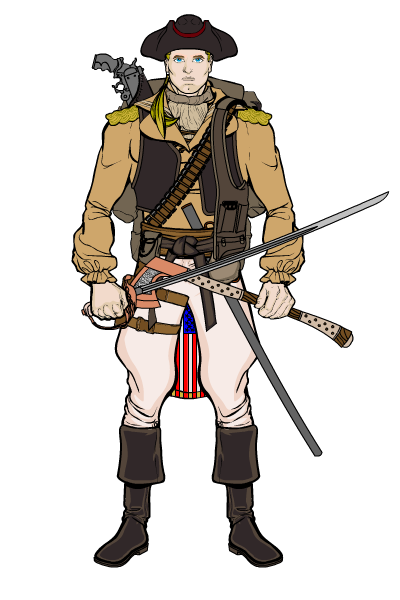 They're both good, and both similar, but different. Next up is an image I chose both because it's a neat character, and for the excellent use of the new Energy items to good effect -- I think this is how you're going to be seeing "Auras" in the future, folks, because it can be made to work with any pose. I also really like the subtle use of the grayed-out "Swoosh" item to give the impression that she's flinging the sparkles around. 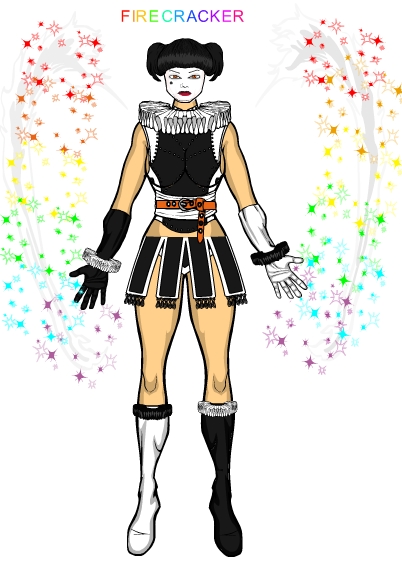 It was pointed out early on that it was also "Canada Day", which frankly I thought was made up until other commenters verified it. I never put it past a Canuck to yank a stupid American's chain! I picked MartianBlue's "Phazar" to represent our good friends to the north, mostly because I really like the way he integrated the large maple leaf into the leggings so seamlessly -- it's a really nice effect.

In the "Best scene" category (which I just made up as an excuse to post this image), RSC5 takes top honors for not only putting together a darn convincing imitation of an actual comics panel, but for heroic dedication to the cause in the face of his three hour pattern-a-thon. I appreciate both the work and the work, as it were! 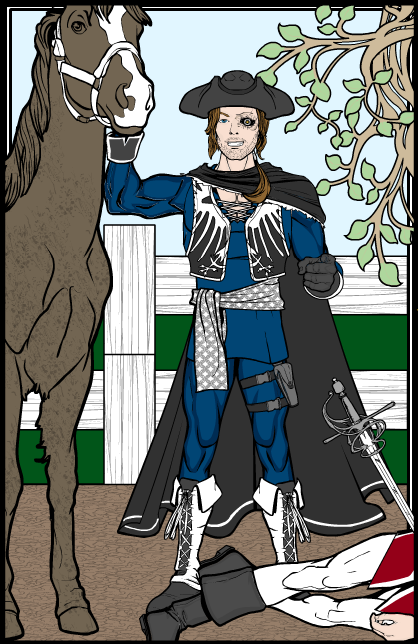 Finally, I wanted to ask Mr. Vampire how he got a picture of my dad for use in this contest, because that's really uncalled for: 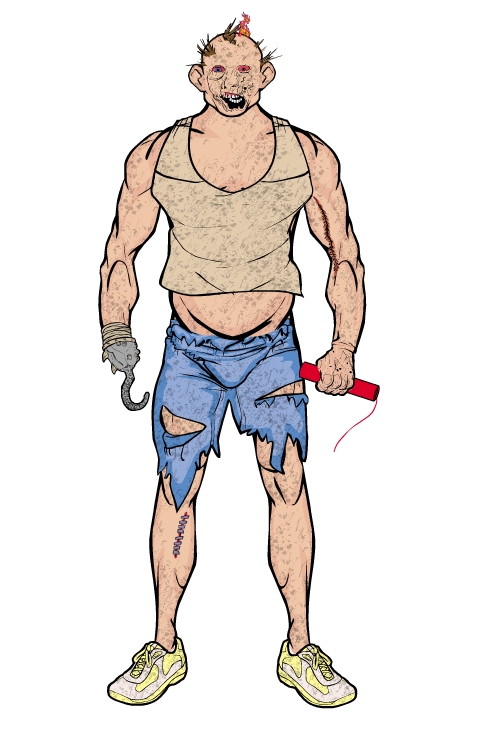 Actually, true story, my brother really did set my dad's chest hair on fire one July 4 during an epic Bottle Rocket War, which involved firing bottle rockets out of hand-held Coke bottles deliberately aimed at family members' vital organs. It's ... good? ... to be a Cajun sometimes, folks.

Which brings us to our winner, which I chose for being both the best overall super-hero "July 4" concept, but also for its excellent dedication to detail and execution -- Timespike's "Liberty"! 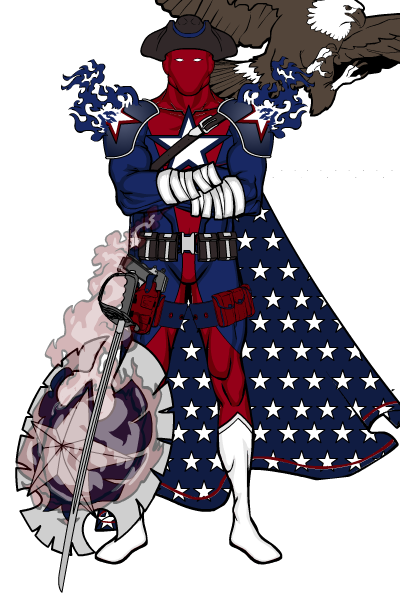 Apparently I have a thing for flaming shoulder pads. But beyond that, and besides the strong overall concept which, while not staggeringly unique (what is, given the topic?), is nonetheless very tight and focused, unlike this sentence which is now officially waaaaay too long and rambling, I really liked the way he posed the sword leaning on the shield, which in turn is leaning on the character's legs, all of which has that cool smoke effect going. It totally fits with, and "sells", the arms-crossed pose.

I appreciate everyone taking the time during the holiday to submit these and all of the other entries, I had a great time looking at them and hope you did too! Thanks to everyone who entered, and keep your eyes peeled for a new contest going up shortly.