The hardest part about imagining the future is that it hasn't happened yet. Most people therefore basically take what's around them at the moment, and mentally multiply it by ten to get at what "the Age of Tomorrow" might look like, but reality is rarely so neat and orderly. Take, for instance, this panel from 1984's "Six From Sirius" showing the intergalactic space fighter's super-advanced tactical weapons computer station: 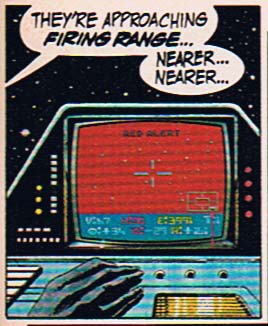 Remind you of anything? How about an old Atari video game: 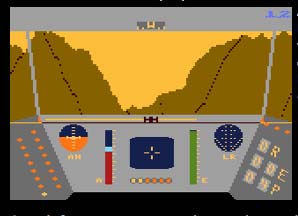 That's "Rescue on Fractulus", also from 1984. Maybe in this case the comic artist just took his Atari and multiplied by 1.5 instead of 10.

The passing years don't necessarily make tecnoprognostication any easier, either, as you can see from the impressive level of cyber security no lesser team than "The Avengers" managed to put together: 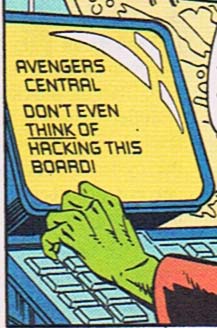 The graphics! The fonts! The complicated, intricate, and hack-proof interface! The jaundiced yellow, nausea-inducing background! We shouldn't be surprised by the incredible sophistication of this 1990-era computer system, of course, given that The Avengers had the likes of Hank Pym and Tony Stark to build their IT department.

Comics: Imagining tomorrow as today since at least yesterday!

This entry was posted in Fantasy & Sci-fi, Super-Hero Stuff. Bookmark the permalink.