xStacy's prize for winning Caption Contest 18 is complete! Here's the summary he sent me:

A buff girl in a wifebeater, jeans, armored boots, and heavy gloves with some armor on the forearms and elbows. A pair of welding goggles (either worn or slung around the neck) completes the outfit. Carries either a smith's hammer or a big wrench--whichever you think looks better.

And here's the image we came up with: 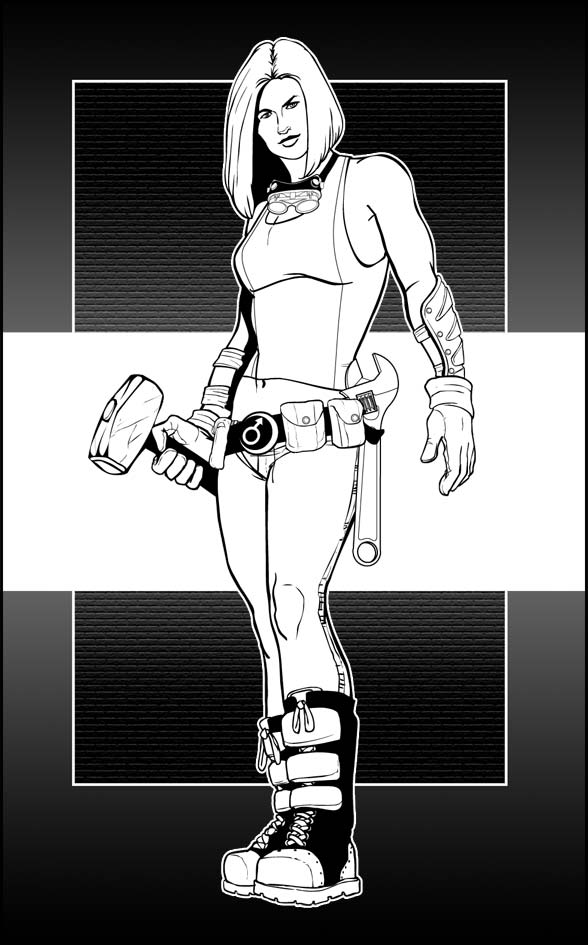 Overall I think it turned out quite well. If I were doing it over again, I'd probably give her a different haircut (I thought maybe a pony tail would be more practical for forge work) and maybe dirty up her face with a clean space around the eyes where the goggles would go. But, aside from that, I'm very happy with it.

Also, note fellows that xStacy has a girlfriend who games. So now you can be super-duper envious of him!